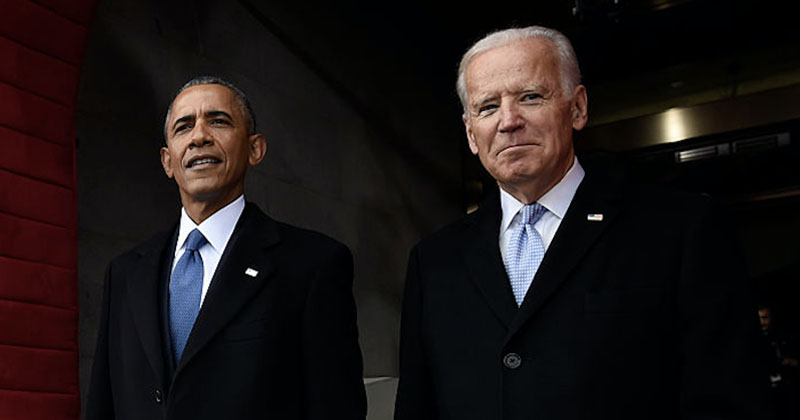 Joe Biden’s campaign is reportedly floating several high-profile names to serve on his potential Cabinet, including leftist billionaires and Obama loyalists, according to Axios.

Biden is supposedly considering the likes of billionaires like JP Morgan CEO Jamie Dimon and anti-Second Amendment activist Mike Bloomberg, along with familiar faces who oversaw America’s decline during the Obama administration.

These names will implement Biden’s so-called “Return To Normal” doctrine, which Axios calls a “reversal of President Trump’s unorthodox, improvisational style. Biden wants known, trusted people around him — many from the Obama years.”

In other words, it will be a revival of the D.C. Swamp retaking control of the White House to dismantle Trump’s “America First” doctrine that’s seen record-low unemployment, stock market gains, and wage growth.

Here are the top names under consideration by the Biden campaign:

Chairman and CEO of JPMorgan Chase and former chairman of the New York Federal Reserve would be considered for Treasury Secretary.

Billionaire Dimon was instrumental in the 2008 financial crisis, partially facilitating the $700 billion banker bailout known as TARP which resulted in the foreclosure of millions of homes and nearly a decade of economic recession. JP Morgan received $25 billion in TARP relief despite not needing the funds.

The billionaire former New York mayor and failed Democrat presidential candidate would be considered to head the World Bank.

Bloomberg is a notoriously staunch authoritarian nanny-stater who has implemented several social engineering projects and spearheads the Everytown For Gun Safety group, an anti-Second Amendment collective.

Kerry, a “Skull and Bones” Yale alumnus, has repeatedly violated the Logan Act in attempts to undermine Trump’s foreign policy with Iran by secretly meeting with Iranian officials to revive the scrapped 2015 Iran Nuclear Deal (JCPOA).

The former National Security Advisor under Obama would be considered for Secretary of State.

Rice was responsible for “unmasking” several Trump administration officials during the Obama administration’s Deep State surveillance of the Trump campaign for the debunked “Russia collusion” narrative. Rice had denied responsibility but the White House Counsel’s office identified her as the culprit.

Yates, a naked partisan, was fired by Trump for insubordination, directing DOJ officials not to support his Middle East travel ban in 2017.

Additionally, Yates was one of the signatories of the FISA applications that were wrongfully used to surveil Trump campaign associate Carter Page, according to the Inspector General’s report.

The failed 2020 Democrat presidential candidate also known as “Pocahontas” for lying for decades about having Native American heritage, is also being considered for Treasury Secretary.

The far-left pseudo-socialist had promised Medicare For All and total elimination of the national debt.

Other names being considered include many former Obama loyalists and bankers.

Anne Finucane: vice chairman of Bank of America is another possibility for Treasury.

Tom Donilon: former National Security Adviser under Obama (2010-2013), would be considered for CIA director, director of national intelligence, or secretary of state.

Ron Klain: former chief of staff to Biden and Al Gore could possibly reprise his role.

Michèle Flournoy: Undersecretary of Defense for Obama would be considered to run the Pentagon.

Ambassador Cathy Russell: a top State Department official for Obama who served as chief of staff to Dr. Jill Biden.

Tom Nides: Morgan Stanley executive considered for Secretary of Commerce or some other related post.

And when asked who would serve as Biden’s VP, one source said: “Whoever Jim Clyburn wants it to be.” Rep. Clyburn’s endorsement of Biden in South Carolina is believed to be what

The list reveals a terrifying truth about Biden’s “business as usual” plan for America: it will be run by the same corrupt financial and Deep State forces responsible for America’s decades-long decline.

Obama’s covert role in Biden’s “Cinderella” victory — WHAT they did, WHY they did it…and WHO they’re doing it for. Valerie “Austin Powers” Jarrett makes a cameo appearance.