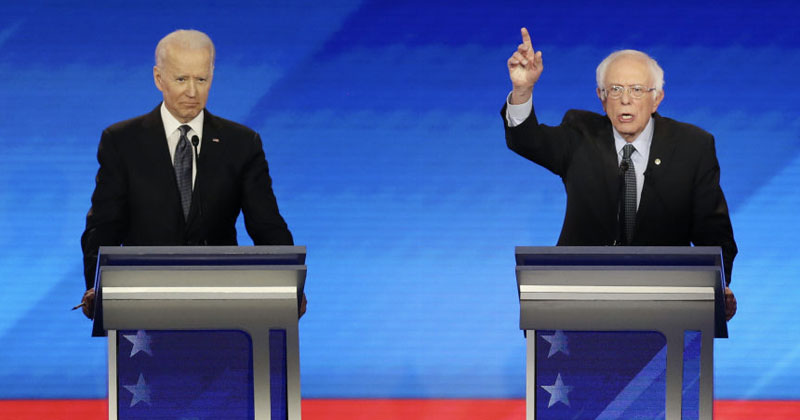 SAINT ANSELM COLLEGE, NEW HAMPSHIRE — Former Vice President Joe Biden’s press secretary Symone Sanders went after his two top rivals after the debate in New Hampshire on Friday and dispelled the notion that he was throwing in the towel after a lackluster performance in the Iowa Caucus.

Sanders said: “Today we thought Vice President Biden did amazing. All week, people in the past, folks have been attempting to write the obituary of our campaign asking, ‘Is Vice President Biden still in this,’ and I think tonight he unequivocally delivered and said that he was.”

She said there were two poignant exchanges to note — both with Biden attacking Sanders.

“One on health care. Sen. Sanders said he wrote the damn bill, but he either can’t or won’t tell you how much the damn thing is going to cost,” she said.

She said the campaign “fully intend[s]” to compete in New Hampshire, despite recent polls showing Sanders as the top candidate. But, she said, the campaign is looking forward to the “nominating contest — Nevada, South Carolina, on through Super Tuesday.”

“He is here to stay, we are still in it, and I think this was reinforced this evening,” she said.

Joe Biden’s presidential campaign is obviously losing steam nation wide as it becomes clear how much he leans on his time as Vice President to gain the votes he will need for 2020.