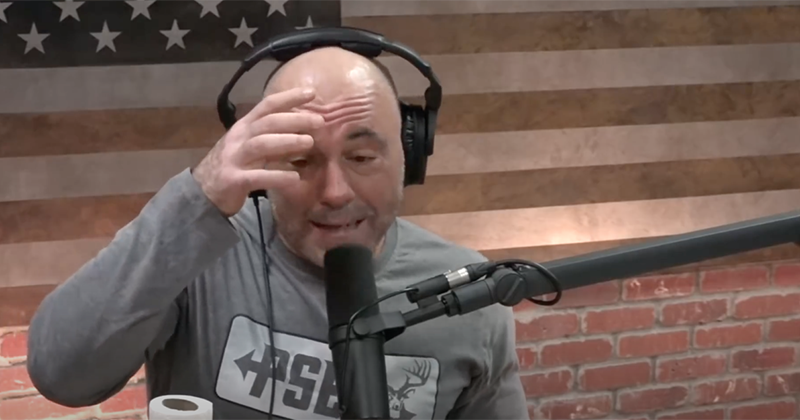 In a new rant, podcast host Joe Rogan compared presumptive Democratic nominee Joe Biden going up against President Trump as akin to a 3-year-old trying to compete with Mike Tyson in the boxing ring.

“It shows you how crazy the system is that they wanted him,” Rogan said of the Democratic Party.

“That they wanted Biden to be their guy, that they don’t, they can’t admit that he’s in cognitive decline. I mean it’s very strange,” he added, referring to Biden’s continued odd comments and mentally slow performances in interviews.

Rogan noted that Biden cannot even speak for 5 minutes on something that he has prepared ahead of time.

“[Biden] can’t do that about politics and he’s been a politician forever… he’s a guy who’s suffering.” he added.

Rogan also noted that given the current situation in the US with the coronavirus, Biden’s chances are even more remote.

“Right now, we’re in the shit right we’re in the April shit is the worst time of the corona. A lot of people are dying… So and then you go June, July, August, hopefully everything’s up and running again economy starts coming back on track. Trump makes a couple of great speeches but Biden is more in decline. It’s not gonna get better.”

Rogan urged that Trump is “already dismissing” Biden, adding “He’s gonna destroy him. He’s gonna kill him man. I mean it’s such an easy target, it’s like Mike Tyson versus a three-year-old.”

Just in the past couple of days, Biden displayed his decline numerous times:

Joe Biden: "put millions of citizens on a pathway to citizenship"https://t.co/kSkmTSr4wp pic.twitter.com/sTFqc6IBqP

Last week Rogan was set upon by leftists after proclaiming that he would rather vote for Trump than Biden, because the latter “can’t handle anything”:

The Democratic Party “has made us all morons with this Joe Biden thing… I would rather vote for Trump than him. I don’t think he can handle anything.”
pic.twitter.com/IDYJCwRX2F