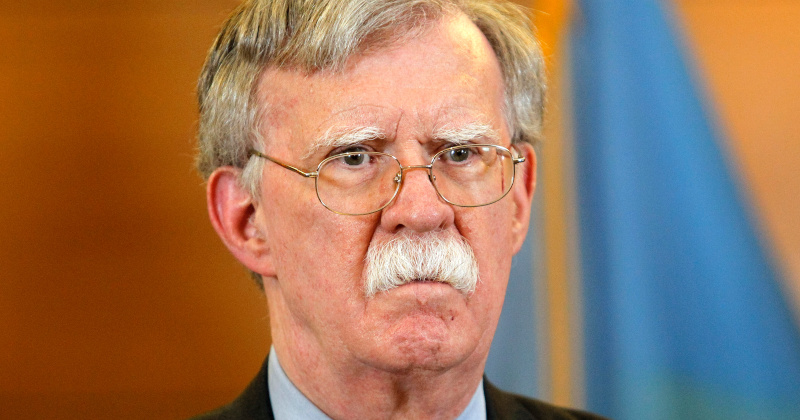 While the Trump impeachment testimonies are now over, the Democrats may want to save one spot.

At exactly 8am on Friday morning, Trump’s former national security advisor, John Bolton, who left the administration on September 10, broke his twitter silence to announce that he is “Glad to be back on Twitter after more than two months” and added the cryptic: “For the backstory, stay tuned……..”

Glad to be back on Twitter after more than two months. For the backstory, stay tuned……..

This was his first tweet since his announcement he was resigning in early September.

As for Bolton’s next tweet, it will likely announce the publication of his upcoming “tell-all” memoir, which is already in the works.

Bolton’s tweet follows the testimony of Fiona Hill and Gordon Sondland, who has revived chatter about John Bolton appearing before the Intelligence Committee as part of the impeachment inquiry. But the reality of that actually happening is close to zero.

Committee member Rep. Peter Welch, D-Vt., told NBC News on Thursday that the only thing that “would inspire Bolton to talk is his $2 or $3 million book deal.”

He’s saying he’s got to have a lawyer tell him whether he comes, but Bolton will likely want to save his juicy knowledge for a paid medium: according to NBC he’s already signed a book deal to tell what he knows, according to Welch, who added that he doesn’t think anything will convince Bolton to come in.

Pelosi said in her press conference that people who haven’t complied with requests from the House could perhaps appear in the Senate trial if it gets to that point, which strongly suggests that the House will not press Bolton to appear and won’t wait on the courts to decide if he must appear.

The committee requested Bolton’s appearance but won’t issue him a subpoena, which they think he’d use to take them to court like Kupperman did.