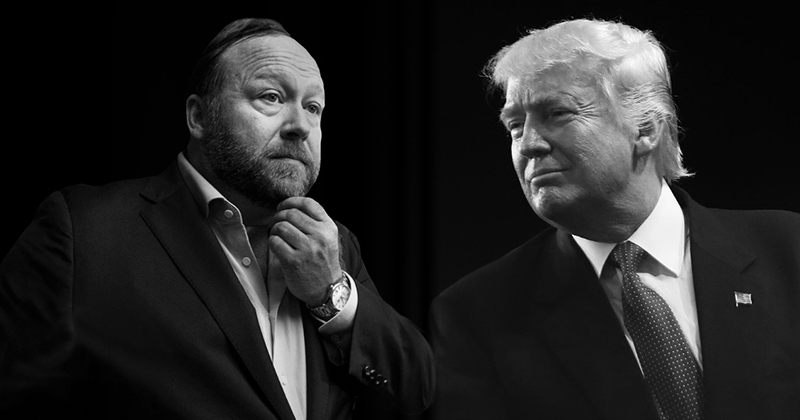 Alex Jones is readying a lawsuit against the Trump administration if it imposes an unconstitutional interstate travel ban to combat the coronavirus outbreak.

The lawsuit, to be filed through a Washington D.C. District Court if Trump follows through, claims the president’s decision to impose an interstate travel restriction violates the Constitution, and is driven by political expediency rather than lawful precedent.

“In our view, while the COVID-19 crisis does present a real and present danger to public health, there is also something significant at stake, and that is our fundamental freedoms and rights as Americans,” lawyer Norm Pattis said on The Alex Jones Show Monday. “We have drafted a lawsuit titled Alex Jones v. Donald Trump, naming a number of Trump’s Cabinet officials, in the event that President Trump announces an interstate travel ban or something like it.”

“We will go immediately into a District of Columbia court and ask for injunctive declaratory relief,” he added. “In other words, a ruling from a judge that the action is unlawful, and an order from the judge barring implementation of it. If that judge rejects our claim, we we’ll go to the D.C. Court of Appeals. If that court rejects our claim we will seek a hearing in the United States Supreme Court.”

“When I do this, it’s not because it’s President Trump, I like President Trump. The globalists definitely hate him, but they’ve maneuvered him into this impossible choice, this rock and a hard place, because if he doesn’t respond, they’ll just trigger riots and other crises, and the media will trigger hysteria. Either he comes in with the clampdown or the globalists do it and brush him aside and make him irrelevant. The left has celebrated it. We said ‘Trump, look out! They’re setting you up.’ We were absolutely right.”

Trump will hold another coronavirus task force briefing Monday afternoon at 2:30 CDT, where he may possibly make his domestic travel ban announcement.

View the lawsuit draft below:

Norm Pattis joins Tom Pappert and Alex Jones live via Skype to break down what the new, interstate travel ban that President Trump is currently considering would mean for Americans’ civil liberties.

Martial Law is being declared across the globe as the perception of the pandemic pushes civilization into a state of paranoia as 368 just died in one day in Italy.