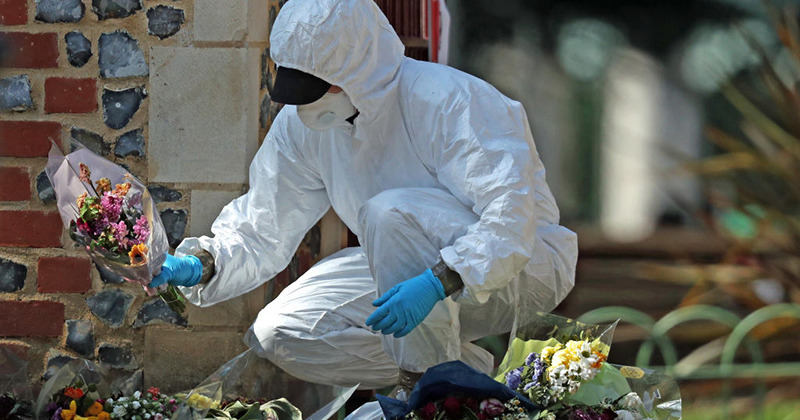 British-born journalist Raheem Kassam says the UK government is the reason he was locked out of his Twitter account for sharing a video of last week’s terrorist attack in Reading, when a Libyan asylum-seeker stabbed three people.

“I have evidence that the British government demanded Twitter suspend my account,” Kassam said on the social network Parler on Thursday, two days after his Twitter account was locked. He has not made the evidence public yet, however.

Chris Cuomo once again bends over backwards to give praise to his brother the governor of New York on his response to coronavirus.

A Breitbart alum, Kassam is currently the editor of the online outlet National Pulse and a co-host of the podcast War Room with Steve Bannon, former adviser to US President Donald Trump. His Twitter account shows no activity after June 23.

National Pulse shared a screenshot of Twitter’s message to Kassam in which the platform informs him he was locked for a June 20 tweet of the attack in Reading. According to Twitter, one is not allowed to “post content of deceased individuals or moments in which they die with intent to abuse, or if the media is excessively gory.”

A 25-year old man, later identified as a Libyan asylum-seeker, went on a stabbing spree, killing three people and seriously injuring three more. Kassam shared a video of the attack, with the note it was “GRAPHIC” and said it took place “in vicinity of a Black Lives Matter protest.” Both that tweet and the video have since been scrubbed from Twitter.

Kassam told National Pulse that he made a decision to share “serious breaking news that would aid the public during a terror attack in England.”

“This is the same thought people had when they shared the George Floyd video,” Kassam added, referring to the death of the African-American man in Minnesota last month that sparked weeks of protests, often violent, in the US. “They wanted people to know the truth and tweeted it. But for some reason, the Floyd death remains up on twitter but the deaths of three white men at the hands of a Libyan asylum seeker must come down? People can draw their own conclusions.”

Twitter has invoked some rather obscure rules of late, classifying President Donald Trump’s warnings to rioters as a “glorification of violence” and “threat of harm against an identifiable group.” The president’s favorite meme-maker was also banned over too many copyright complaints, though Twitter refused to say how many were too many. Outraged conservatives have been migrating to the rival platform Parler in droves.