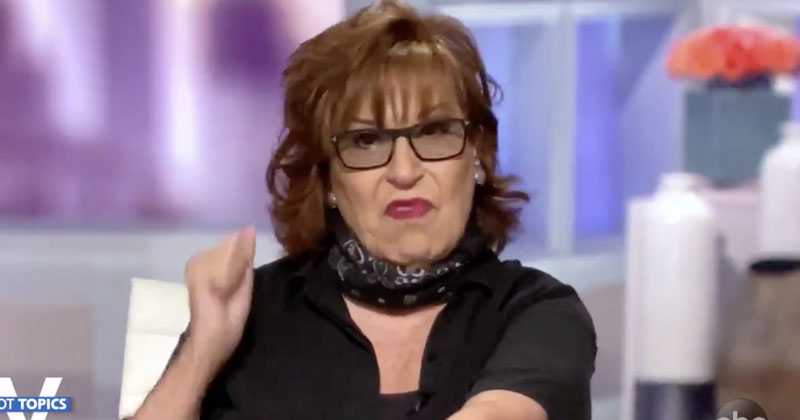 The View host Joy Behar fretted on Tuesday that President Trump could “pull off” an election win, and so she called for a “change” to the Electoral College “as soon as possible.”

“I’m worried that Trump could pull this off,” Behar said. “We see the polls and we see Biden is leading … but the Russian interference is alive and kicking. Facebook is continuing to leave all the lies on the pages. The Postal Service is being interfered with.”

TRUMP’S “LAW & ORDER” MESSAGE WORKING? With the presidential election eight weeks out, the co-hosts react to Pres. Trump pushing his “law and order” agenda and question if it will resonate with voters. https://t.co/1091s9WYqN pic.twitter.com/zWb9c7dlgh

Behar then claimed that the Electoral College rather than the popular vote gives a “handful of states” the power to choose the president, when in fact the opposite is true.

“I think it’s ridiculous that a few states, a handful of states, determine my future. It’s ridiculous, so why bother voting in the rest of the country? They need to change the Electoral College as soon as possible.”

Behar apparently fails to realize that the Electoral College is established in Article II, Section 1 of the U.S. Constitution, and to “change” it would require two-thirds majority votes in the House of Representatives and Senate, or a constitutional convention called for by two-thirds of the State legislatures, a massive bipartisan effort that would likely not happen before Election Day.

After taking the heat in 2016 for Hillary’s loss, Zuckerberg is carrying water for the Democrats again by helping to delegitimize a win by Trump in November so Biden can steal the win with fraudulent mail-in ballots.

What false flag will Dems use to distract from BLM/Antifa rioting/destruction of America?