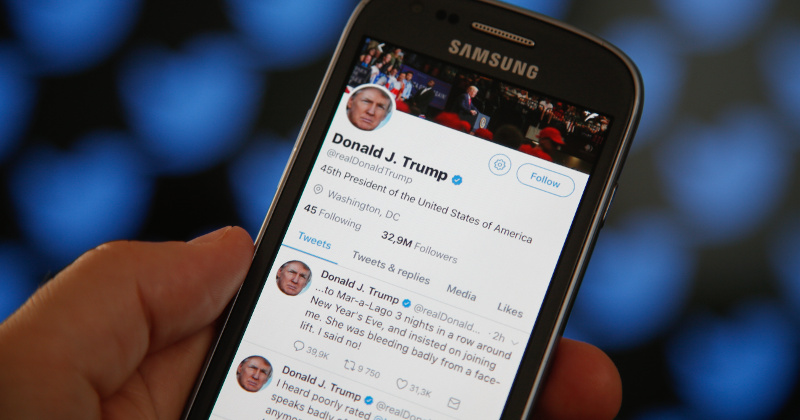 President Donald Trump’s tweeting habits have long been speculated to move the markets, but now there is a way to supposedly measure it, courtesy of J.P. Morgan. And it’s called ‘Volfefe’, after the mysterious ‘covfefe.’

The behemoth financial company and provider of indices of all sorts says the US president has increased the number of tweets in recent months, affecting the markets. And his every tweet about the Federal Reserve, China, and trade tensions is seen as “impactful on near-term economic performance,” the authors of the J.P. Morgan report say.

JPMorgan has a new index — called the “Volfefe Index” — that measures Trump’s tweets and their impact on bond volatility. (1/x) pic.twitter.com/D37ocdebxk

With the new index, named after Trump’s mysterious ‘covfefe’ tweet, the analysts try to explain and show how the tweets affect 2-year and 5-year treasuries.

The company’s report said 146 tweets out of 4,000 authentic messages during market hours from 2018 to the present had an impact on markets. Most often they included words such as ‘China’, ‘billion’, and ‘products’ and got favorable responses.

The report delves into specific details of Trump’s tweeting habits. He has an average of 10 tweets a day and produced more than 10,000 since his 2017 inauguration. Most of tweets come between noon and 2pm, the report says, noting that the ones around 3pm can cause trouble for US market rates. The study also assumes that the president is asleep between 5am to 10am.

The markets experienced deep dives in the summer as Trump intensified the tariff war with China, yet the Dow is up 42 percent since the 2016 presidential election. It just remains to be seen if the Volfefe Index is effective, or will it end up in the category of bizarre indices like the ‘High Heels’ or ‘Beer Consumption’ ones.

Globalism was conceived to sabotage the renaissance and plunge humanity into a new dark-age.