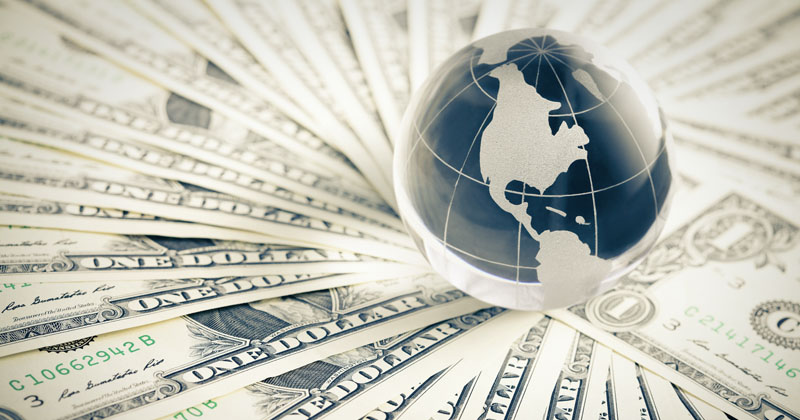 JPMorgan’s Private Bank released a statement to investors warning that not only could the dollar lose its world reserve currency status, but could also “lose its status as the world’s dominant currency.”

In its July investment strategy report, America’s largest bank warned that the dollar’s “exorbitant privilege” as the world’s reserve currency could be “coming to an end.”

“The U.S. dollar (USD) has been the world’s dominant reserve currency for almost a century. As such, many investors today, even outside the United States, have built and become comfortable with sizable USD overweights in their portfolios,” wrote JP Morgan’s Commodities and Rates Strategist Craig Cohen.

“However, we believe the dollar could lose its status as the world’s dominant currency (which could see it depreciate over the medium term) due to structural reasons as well as cyclical impediments.” 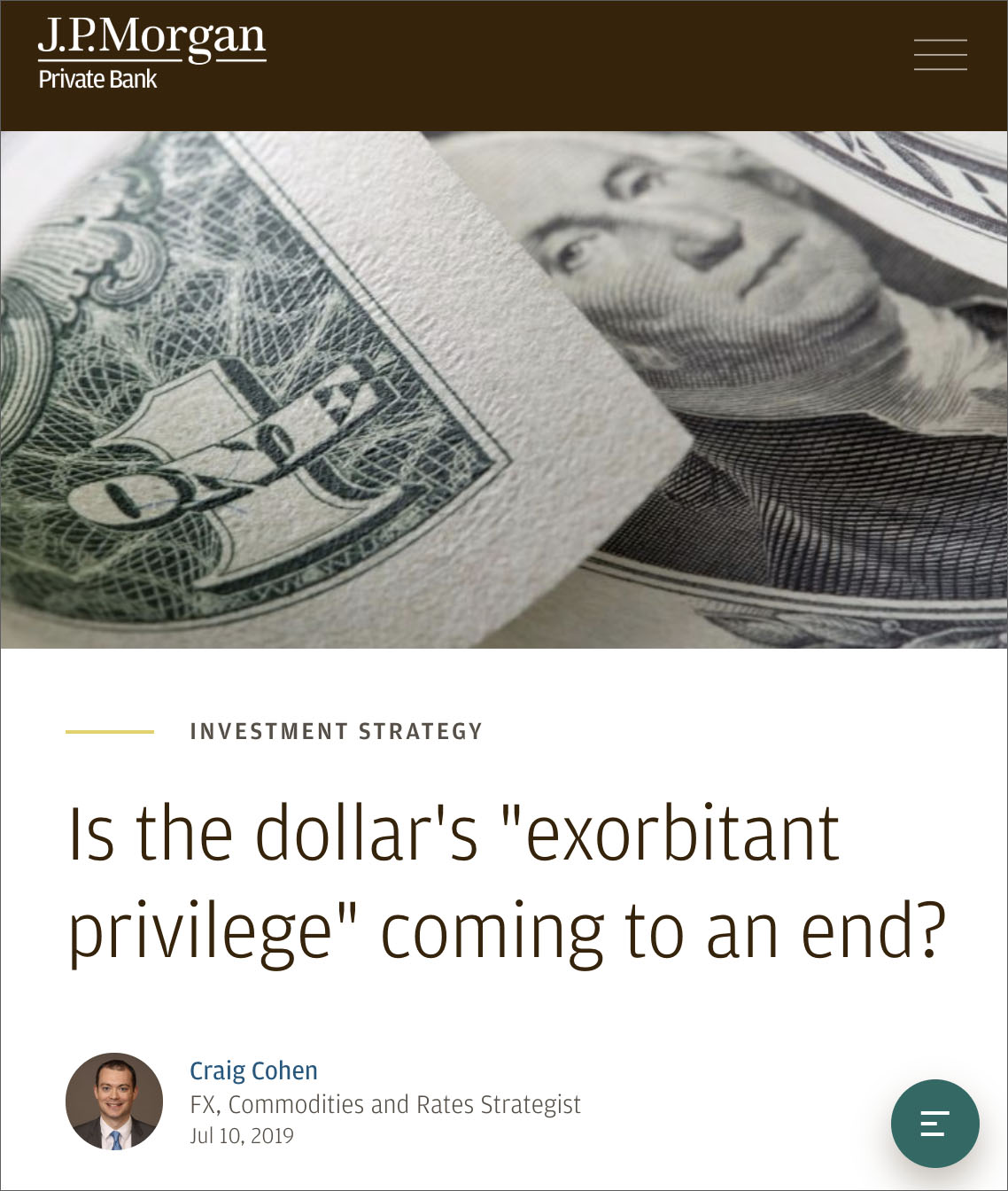 The report goes on to say that the downfall of the dollar as the world reserve currency is inevitable given historical trends, and suggests allocating assets to other markets, particularly Asia.

“There is nothing to suggest that the dollar dominance should remain in perpetuity. In fact, the dominant international currency has changed many times throughout history going back thousands of years as the world’s economic center has shifted.”

In fact, JP Morgan’s Chairman of Market and Investment Strategy Michael Cemblast created a graph in 2012 breaking down the world reserve currencies since the 15th century in an effort to highlight the inevitability of the dollar’s decline as the global currency. 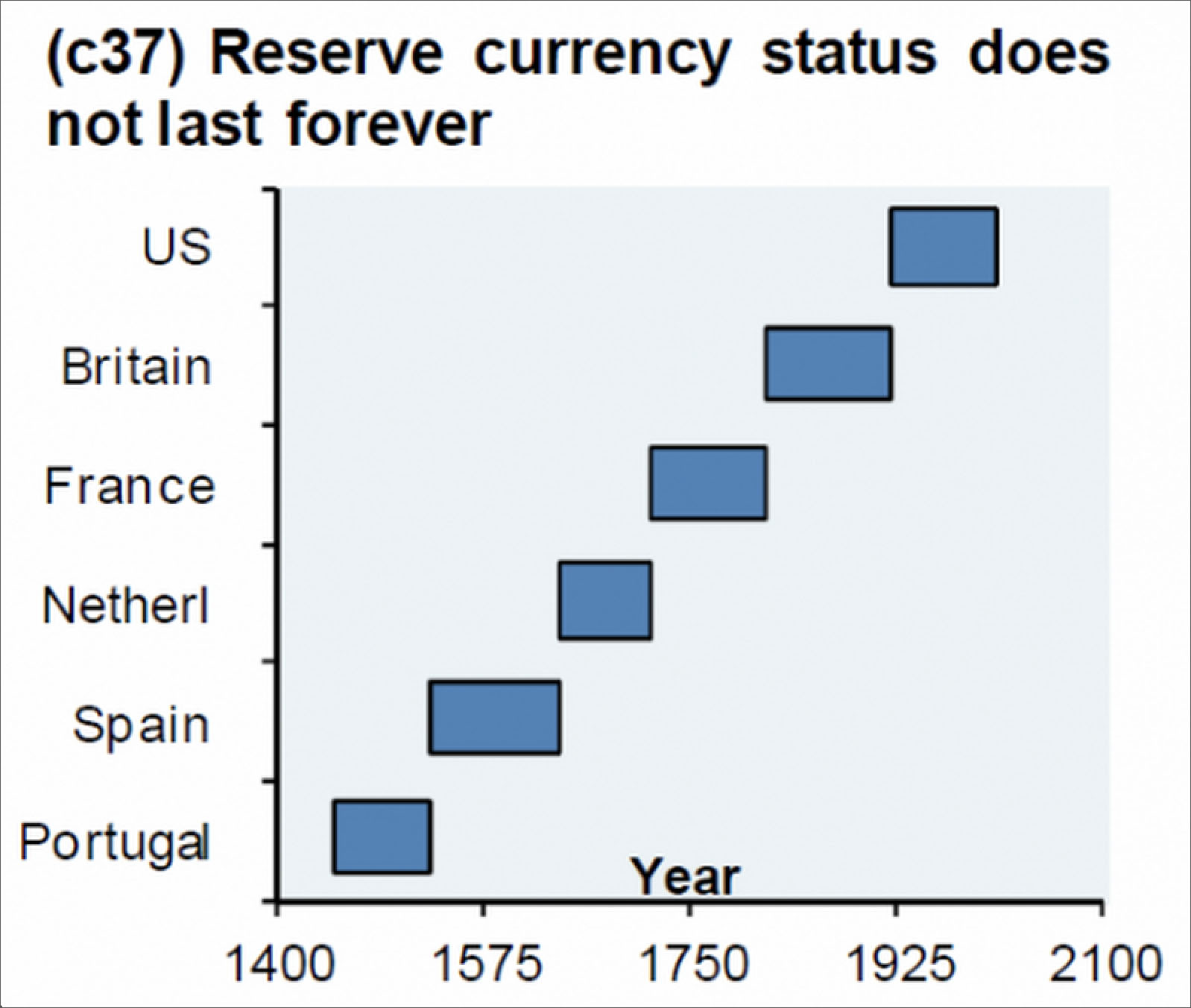 Notably, it seems to indicate the U.S. Dollar losing its status sometime in the early 21st century.

The report comes as President Trump and Congress agreed on a bipartisan two-year $2.7 trillion spending package that does nothing to address the bloated spending or national debt, and totally suspends the borrowing limit.

Economist Peter Schiff noted that the budget deal flies in the face of conservative principles of limited government and fiscal responsibility.

Additionally, central banks around the world, including China and Russia, hit a gold ownership-high in April, with gold purchases spiking by 75% in the last year alone to hedge against a volatile dollar.

As long as the dollar is backed by nothing but the Federal Reserve System of credit, countries around the world will continue to hedge against the dollar while the $21 trillion U.S. national debt keeps ticking up.

The fight for the future is now, and Alex Jones wants YOU to join the fight!