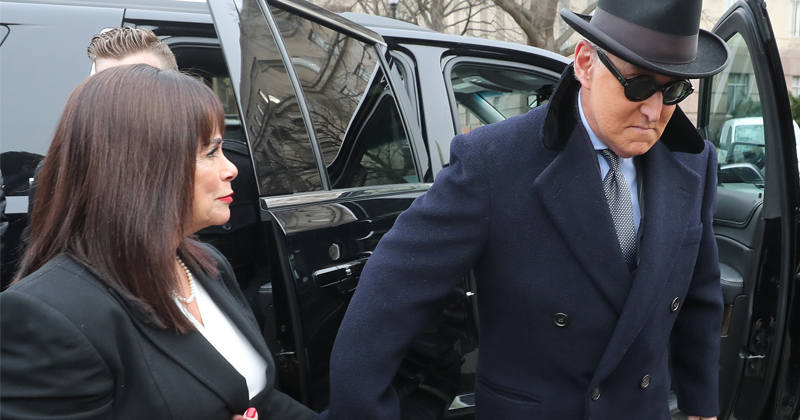 Update 3: President Trump is set to make his first speech after the Roger Stone sentencing:

Update 2: Judge Jackson has just sentenced Stone for 40 months, according to sources.

BREAKING: Roger Stone sentenced to 3 and a Half years behind bars by Judge Jackson

The federal judge sentencing Roger Stone has hinted that she will not go easy on him.

Alex Jones breaks down the sentencing LIVE. Tune in below to get the up-to-date news quicker:

Judge Amy Berman Jackson is considering at least six to 11 years for Stone, according to reporters at the trial, including our very own Owen Shroyer. That said, Jackson also suggested that the nine year sentence was “excessive.”

But Berman just unraveled the entire case against Stone:

Wikileaks never released Hillary’s personal emails or Foundation emails – as everyone had expected in 2016 pic.twitter.com/zKNUpoioah

And of course Shroyer is on-the-ground in Washington D.C. delivering bombshell revelations as they emerge.