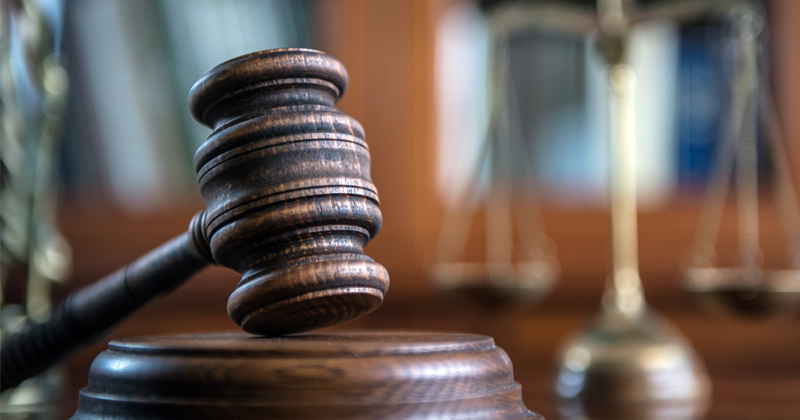 A King County judge ruled in favor of 23-year-old Charles Donnelly and ordered the state to give him his firearms back after they were seized under red flag laws in early October because he made edgy jokes on the internet.

As it to be expected, the media is now furious that this memester’s out of context jokes were not enough to have him disarmed for life.

From The Independent, “Man who said ‘I will shoot any woman any time for any reason’ has confiscated guns returned by judge”:

A man who had his guns confiscated after writing on social media that he would “shoot any woman any time for any reason” has had the weapons returned to him by a judge.

Charles Donnelly, 23, also posted a photo of himself holding two AK-47-style rifles with the caption, “One ticket for Joker please”, a reference to the movie, online.

Authorities in his home city of Seattle, in the US, were so alarmed by the posts – which also included fantasies of hurting women – that they used new red flag laws to seize the 23-year-old’s weapons.

The haul included three handguns and three rifles, including an AK-47-style rifle and magazines.

But the whole arsenal – all legally owned – was returned to him after he appealed the action in court, claiming the posts were jokes meant only for his friends.

A judge accepted his arguments and handed them back, The New York Timesreports.

Tune in as Alex Jones and David Knight break down the ongoing battle for the Bill of Rights as anti-Free Speech activists try to undue centuries worth of common law and the basic notions behind individual rights. Also, Matt Bracken interviews author Elisabeth Sabaditsch-Wolff about the ongoing Islamization of Europe and its threat to western civilization everywhere.
By the way, get DNA Force Plus 50% off and get a free bottle of Brain Force Plus now!

They were obvious jokes.

Kim Wyatt, the prosecutor who lead the action against Mr Donnelly, told the October hearing that his posts “implied [a] threat of a mass shooting”.

She had him read some of his other online messages back to the court. “Kill all woman,” said one. “Prowling the Seattle streets for women to assault,” came another.

“We would ask the court to balance the community safety needs versus the temporary deprivation of Mr Donnelly’s rights to possess firearms,” Ms Wyatt said.

He tweeted, “Kill all women,” not “woman,” and it was obvious incel-posting.

He also tweeted jokes such as, “I’m not misogynist I just hate women.”

Is Kim Wyatt going to red flag any Seattle feminists for tweeting, “Kill all men”?

But the gun-owner claimed the messages were, in fact, mocking online misogyny and violence.

The Joker post, he said, was riffing on a larger “tickets to Joker” meme in which internet users stereotyped the kinds of person who would attend the movie. One of the guns in the picture, he said, was not even his.

Derek Smith, his lawyer, highlighted the fact that Donnelly had no criminal record and described the weapons seizure as an intrusion on both his First Amendment and Second Amendment rights.

“It is crystal clear to Mr Donnelly that the state is looking over his shoulder, watching everything that he posts, and that if they don’t follow the joke, then they are going to come after him for a violation of his rights,” Mr Smith said.

Judge Averil Rothrock took his side. “The statute is not written such that the court can give the benefit of the doubt to law enforcement at the expense of Mr Donnelly,” she said.

Though the media is trying to smear her for her rational ruling, Rothrock appears to be quite liberal.

Nonetheless, she must be demonized along with Donnelly just for rationally assessing the situation and recognizing jokes are jokes.

Our Western governments are rapidly devolving into literal joke police.

Deputy chief constable Rachel Swann left Twitter earlier this year after facing "hairstyle abuse" over her spiky frosted-tips hairstyle and reported the "insults" she received as a "hate crime."
https://t.co/DuyiTSZOVI

While hardened criminals are being let out of prison in the name of “fighting systemic racism,” humor is being outlawed in the name of protecting feelings!

Incidentally, though the media was hyping the prospect of violence from “incels” and “white nationalists” breaking out at Joker screenings, none actually occurred.
Meanwhile, the BBC-funded film Blue Story about black gangs warring in the UK which was widely praised by the media had to be shut down at multiple theaters due to massive brawls breaking out.

The Independent on Sunday hilariously tried to suggest a massive Blue Story brawl in Birmingham involving youths armed with machetes was linked to a “Frozen 2 viewing!”

The Sun reported on Monday the Vue cinemas theater in Birmingham where the brawl occurred was “stormed” by a “100-strong machete mob” and “the violence broke out before or during a screening of the gang warfare film Blue Story and spilled out into areas where children were queuing to see Frozen 2.”