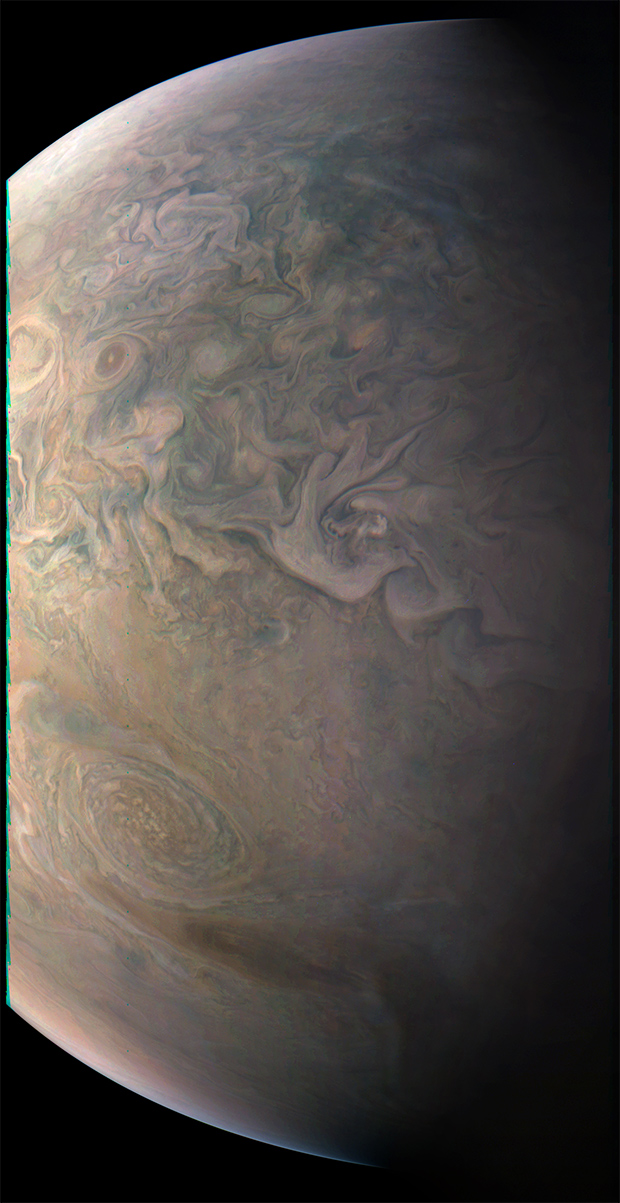 This stunning view of the high north temperate latitudes fortuitously shows NN-LRS-1, a giant storm known as a Little Red Spot (lower left). This storm is the third largest anticyclonic reddish oval on the planet, which Earth-based observers have tracked for the last 23 years. An anticyclone is a weather phenomenon with large-scale circulation of winds around a central region of high atmospheric pressure. They rotate clockwise in the northern hemisphere, and counterclockwise in the southern hemisphere. This Little Red Spot shows very little color, just a pale brown smudge in the center. The color is very similar to the surroundings, making it difficult to see as it blends in with the clouds nearby. Citizen scientists Gerald Eichstaedt and John Rogers processed the image and drafted the caption.

JunoCam’s raw images are available at www.missionjuno.swri.edu/junocam for the public to peruse and process into image products.