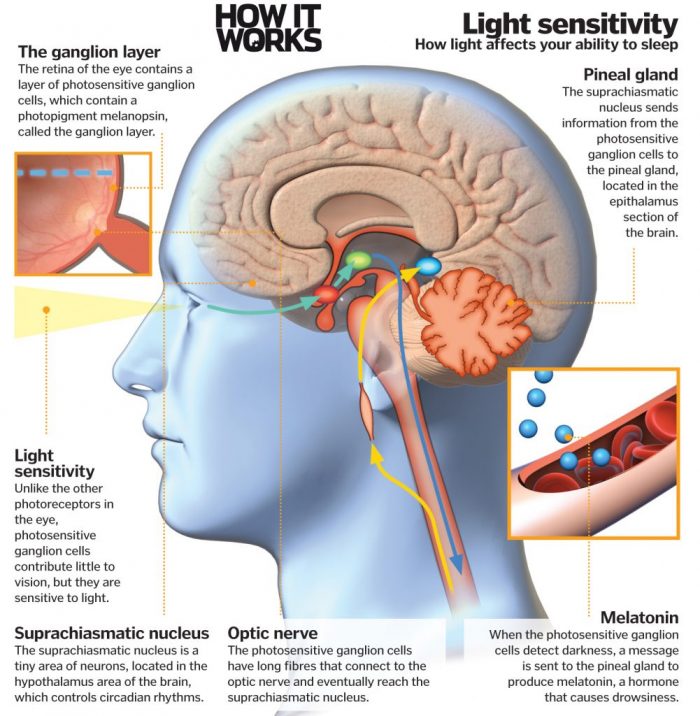 Parents, shut off your kids’ mobile devices at night and get them out of the room, because a new analysis shows that children with access to smartphones and tablets at night don’t get enough sleep and are groggy during the day – whether they use them or not. [1]

Researchers reviewed 20 previous studies and discovered that kids who use portable media devices around bedtime were more than twice as likely as kids who didn’t use them to have short sleep times. Not only that, but the same was found of kids who had access to the devices, but didn’t actually use them.

“A lot of people argue that it’s the device light emission that leads to sleep outcomes, but even if you’re not using it, even having the presence of the device near you affects sleep.

My personal view is it’s due to continuous stimulation from things like social media engagement.

Your social group is active and you can be thinking about it. If I text a loved one an hour before bed then I’m hoping I might get a reply.”

Carter and his colleagues looked at studies of children aged 6 to 19 years, covering a total of more than 125,000 kids, which measured exposures to tablets, smartphones, and other types of mobile devices, but excluded research involving TV, personal computers, or sources of electromagnetic radiation.

In every study, bedtime media device use was linked to trouble falling or staying asleep, and poor daytime function due to sleepiness.

Kids who used media devices at bedtime were found to have insufficient sleep times, considered less than 10 hours per night for children, and less than 9 hours for teens.

Children who had access to mobile devices at bedtime at least 3 times a week, or who had a device in their sleep environment, also had poorer measures of sleep quality and quantity than kids with less or no access.

Dr. Charles Czeisler, director of the Sleep Health Institute and chief of the Division of Sleep and Circadian Disorders at Brigham and Women’s Hospital in Boston, said:

“It’s normal to wake up during the night but when the phone is there, many people instead of just turning over will tap on the phone ostensibly to check the time, will see 15 text messages from their buddy or whatever, then 2 hours later they’re going back to bed.”

Czeisler, who co-authored an editorial accompanying the review, added:

“It’s very engaging technology and when it’s present in the bedroom it reduces sleep duration.”

In other words, kids are continuously stimulated by devices in their environment, even when they are not using them.

“One theory I hold is that there may be the effect of continuous mental stimulation and engagement which is keeping children awake.” [2]

Out Of Sight, Out Of Mind: What Parents Can Do:

In the editorial, Czeisler writes that blue-light blocking apps for smartphones and tablets can help reduce some of the negative sleep effects caused by mobile devices. Blue light interferes with the body’s internal clock and makes the brain tell your body you should be awake, when you really should be snoring away in your bed.

“For those concerned about the effect of media use on sleep time, technology is now available to restrict service between designated hours or allow a maximum daily duration of media use each day, while allowing for parental overrides in exceptional circumstances. Such programs can be used to reinforce consistent bedtimes and wake times, which are vital for sleep health, especially in children and adolescents.”

The most effective (and perhaps most obvious) solution is to keep mobile devices out of kids’ bedrooms. Have children and teens charge their devices in another room. You can purchase family charging stations at just about any store that sells smartphones. [3]

It’s also important for parents to instill in their kids the importance of “winding down” before bedtime. About an hour or so before bed, have your child take a calming bath and read a book together. Have teens “unplug” and read a book or do some other quiet, relaxing activity before lights-out.

Most importantly, parents should model healthy sleeping habits. Establish your own “winding down” routine, and make sure if you buy a family charging station, that your device is plugged in, too.