Kansas legislators are mulling a bill that would require city governments to inform residents if the chemical fluoride has been added to municipal water supplies. 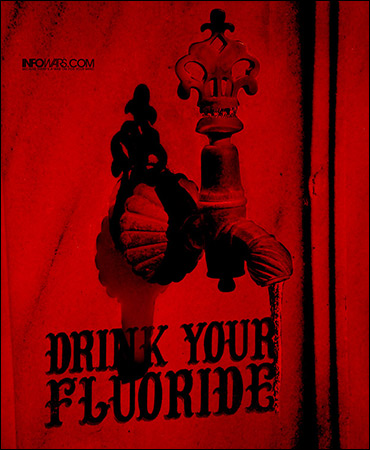 House Bill 2372, introduced by the House Standing Committee on Federal and State Affairs last year in response to activist pressure, would require cities which practice water fluoridation to point out the additive’s reported detrimental effects on children’s IQs.

“All Kansas cities and other local governmental units providing water service that artificially fluoridate their community drinking water must notify the consumers of that treated water, that the latest science confirms that ingested fluoride lowers the I.Q. in children,” the bill, in its current form, states.

The bill focuses on results from a study conducted by the Harvard School of Public Health, in which researchers found that “fluoride may adversely affect cognitive development in children.”

“Based on the findings, the authors say that this risk should not be ignored, and that more research on fluoride’s impact on the developing brain is warranted,” the study warned.

The Kansas bill acknowledges fluoride’s potential dental benefits, but counters that in 1999 the Centers for Disease Control and Prevention found it primarily benefited teeth only when used as a topical agent, not through ingestion.

“Fluoride is not a nutrient used by the human body,” the bill’s text states. “Without regard to dental concerns, the optimal amount of fluoride in the human body is none.”

Moreover, the bill highlights that “Fluoridated toothpaste sold in the United States carries a poison warning label against ingesting or swallowing fluoride.”

The National Science Foundation’s Material Safety Data Sheet on fluorosilicic acid notes that the chemical is “Corrosive to the skin, eyes and mucous membranes through direct contact, inhalation or ingestion. May cause severe irritation and burns, which may not be immediately apparent,” and that it should be handled “with extreme care.”

Indeed, when fluorosilicic acid was spilled outside of a water treatment plant in Illinois, it began eating through concrete and required a team of men in hazmat suits to clean it up.

The bill is preceded by a worldwide movement against water fluoridation, a practice already banned in several cities in the United States, Canada, Australia and New Zealand and in the entire continent of Europe.

The Kansas House will debate the bill in the coming weeks. With any luck, activists in other states will be inspired to contact their legislators to draft similar legislation.

Protect you and your family’s health by removing toxic fluoride from the body with Infowars’ Fluoride Shield, available at the Infowars Store.