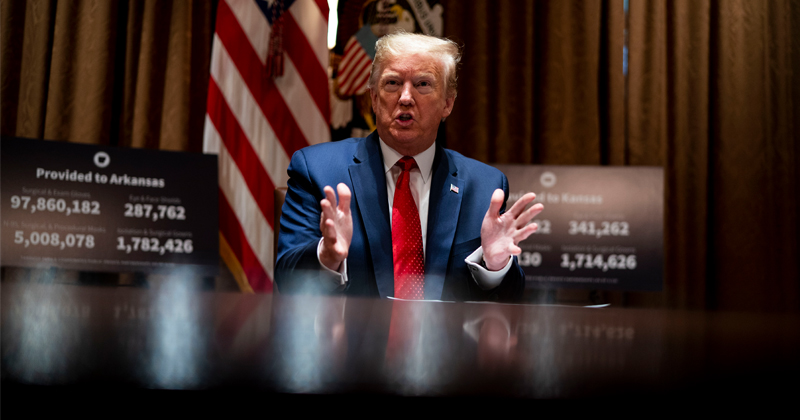 According to Kansas House of Representatives Majority Leader Dan Hawkins, Republicans fought throughout the special session of congress created in response to COVID-19 to prevent the governor from obtaining additional power grabs.

National File has reported extensively on the potential pitfalls of contact tracing. Chelsea Clinton remains on the board of a top contact tracing group, and was caught on audio disparaging the United States.

Additionally, in CDC-promoted materials, the government suggests stripping children from their families if their parents are believed to be sick with COVID-19.

“But the work didn’t stop there,” wrote Hawkins. “The legislation passed by the House and Senate also included important language specifically prohibiting Governor Kelly from moving Kansas elections or requiring mail-ballot only voting.”

President Trump has repeatedly warned about potential fraud in mail-in voting, with Twitter recently fact checking his claims, citing CNN and The Washington Post to prove the president wrong. President Trump felt so strongly about the issue that he signed an executive order targeting tech censorship after.

National File also exposed what may be a massive mail-in ballot harvesting operation in Texas, wherein Democrat activists seem to visit nursing homes and fill out ballots on behalf of the elderly, pretending to help them in the process.

Kelly has faced a series of battles from Republican legislators throughout her response to COVID-19, ranging from lawsuits over limitations on church gatherings to votes to strip her of her emergency powers.

After one such vote was successful, then vetoed by Kelly, the governor willingly relinquished her own powers and began offering COVID-19 advice rather than regulations.