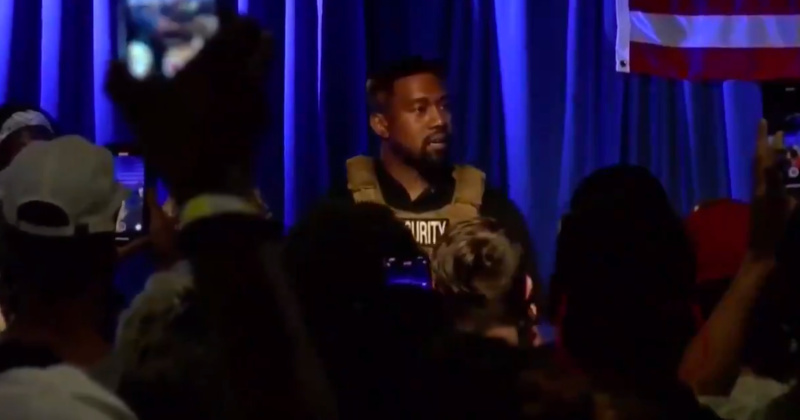 American rap artist Kanye West filed the necessary paperwork and paid a fee on Wednesday to appear on the Oklahoma presidential election ballot as an independent candidate, despite Tuesday’s report by New York Magazine’s Intelligencer that he was ending his 2020 White House bid, according to The Guardian.

The Oklahoma Board of Elections spokesperson Misha Mohr said that a representative for West filed the necessary paperwork and paid the $35,000 fee on Wednesday afternoon, which marked the deadline for filing documents for a spot on the state’s 2020 presidential ballot.

On Tuesday, Steve Kramer, an election strategist who was reportedly hired to run the presidential campaign for American rap superstar Kanye West, who announced his presidential bid earlier in the month, said that the rapper “is out” from the race, despite “overwhelming support to get him on the ballot,” according to The Intelligencer.

In addition to West, the spokesperson noted that the Oklahoma board had received documents and the filing fee before the Wednesday deadline from two other independent presidential candidates: concert pianist Jade Simmons and the cryptocurrency entrepreneur Brock Pierce, according to the newspaper.

Earlier in the day, TMZ reported that the West campaign has filed a “Statement of Organisation” with the Federal Election Commission, stating that the Kanye 2020 committee would function as the principal campaign committee for his presidential bid.

On Tuesday, The Intelligencer reported, citing Steve Kramer, an election staffer for West, that the artist had decide to drop out of the presidential race.

“I have nothing good or bad to say about Kanye. Everyone has their personal decision about why they make decisions. Running for president has to be one of the hardest things for someone to actually contemplate at that level,” Kramer said, as quoted by The Intelligencer. “Any candidate running for president for the first time goes through these hiccups.”

Kanye West announced his presidential candidacy earlier in the month, despite the fact that deadline for registration in many states had passed, triggering both debates and waves of support on social media and gaining endorsement from public figures such as SpaceX and Tesla CEO Elon Musk.