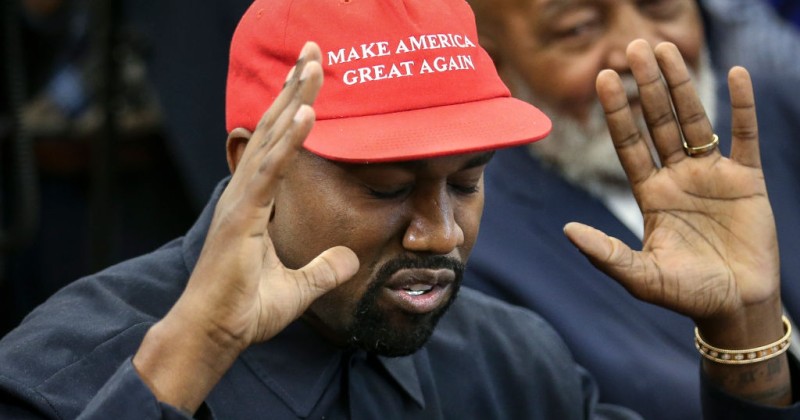 Kanye West says he was told his career would end if he didn’t come out in support for Hillary as the music icon revealed that he would be voting for Trump in 2020.

In an interview with G2, the Yeezus rapper said he was more determined than ever to support Trump.

“I’m definitely voting this time. And we know who I’m voting on,” said West, asserting that the president had outperformed Obama when it came to the property market.

“I buy real estate. It’s better now than when Obama as in office. They don’t teach you in school about property. They teach you how to become someone’s property,” he said.

Kanye re-iterated how he was one of the few celebrities to resist the pressure to jump on the Hillary train back in 2016 at great risk to his legacy.

“I was told my career would end if I wasn’t with [Hillary Clinton]. What kind of campaign is that, anyway?” he asked.

“That’s like if Obama’s campaign was ‘I’m with black.’ What’s the point of being a celebrity if you can’t have an opinion? Everybody make their own opinion! You know?” he added.

Despite facing the wrath of the entirety of the entertainment industry and media as well as much of the public, Kanye has survived all efforts to have him cancelled and remains the most famous Trump supporter on the planet, albeit with not many celebrities who are open about the beliefs for company.

Whatever you think about his music or anything else he has done, in an age of bland, anodyne celebrities who are terrified of going against the grain or expressing any kind of dissent against progressivism, Kanye has stood firm.