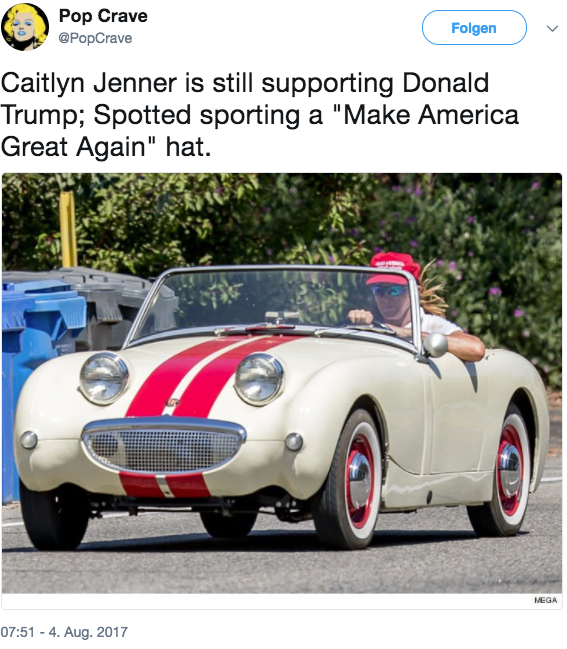 Kanye West’s recent tweets calling out the thought police jolted the establishment to its core.

But the rapper isn’t the only member of his infamous family to go against the status quo.

In the past, other Kardashians – including Kylie Jenner and her father/mother Caitlyn – have espoused ideas contrary to mainstream narratives.

The hip-hop artist known as Yeezy sent shockwaves throughout the Twitter-sphere on Saturday when he tweeted his support for conservative black activist Candace Owens, AKA Red Pill Black.

He further incited Twitter outrage when he tweeted out videos of himself watching conservative icon Scott Adams, the creator of Dilbert who is also an expert in hypnotism and logic.

The youngest of the Kardashians blew up the internet in 2015 when she posted a tweet telling her 9.39 million followers to question the linear clouds in the sky known as “chemtrails.”

“Why did I see 75 planes spraying white stuff into the sky on my 15 minute drive to work?” a meme posted by the young entrepreneur reads.

“Who pays for this and why is it happening?” and “What effect will this have on our health and our childrens future?” were other questions posed by Kylie.

Ex-Kardashian patriarch Caitlyn Jenner, formerly Bruce, has also given the establishment a headache with numerous pro-Trump gestures, including wearing a MAGA hat.

Jenner once took Donald Trump up on an offer to use the bathroom at Trump International Hotel and Tower after the businessman declared transgender people welcome.

The former Olympian has since been forced to recant his/her support for The Donald after scathing criticism and bullying from leftist Trump haters.

Is it possible the Kardashian family is actually quite woke? If that’s the case, we are truly living in a strange timeline.