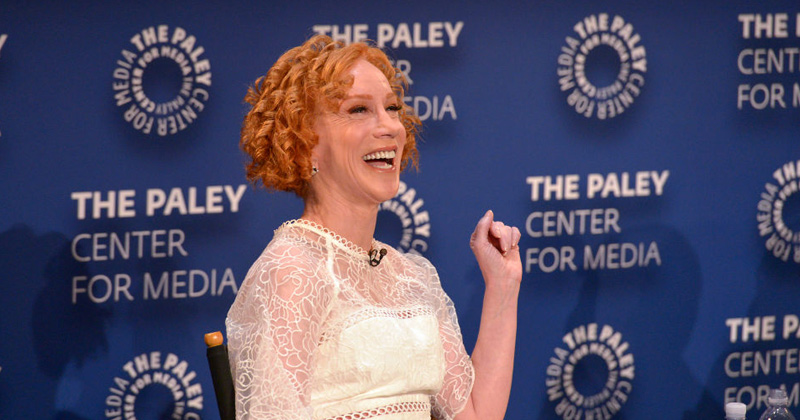 A tweet from Trump-hating comedian Kathy Griffin, in which she wished certain death on US President Donald Trump, was removed for violating Twitter’s content guidelines.

Griffin’s tweet came in response to CNN’s Jim Acosta, who recorded Trump commenting at a White House event, “I don’t use insulin. Should I be?”

“Syringe with nothing but air inside it would do the trick,” Griffin gibed in the now-deleted tweet, adding, “FUCK TRUMP.”

Responding to an article from the Washington Examiner covering her comments, which details how “Air embolisms, caused by air getting into the bloodstream, can be fatal,” Griffin owned the statement, attaching the hashtag #TrumpLiedPeopleDied which blames the president for COVID deaths.

According to Twitter, the notice shows when “a Tweet was found to be in violation of our rules, and has yet to be deleted by the person who Tweeted it…”

The disturbing tweet sent Griffin’s name to the top of Twitter’s trending charts.

Griffin has been at odds with Trump since 2017 when she staged a photo shoot posing with a bloody, decapitated head made to resemble the 45th US president.

The US Secret Service followed up by investigating whether Griffin’s photo shoot was a potential threat toward the president.

The Washington Examiner reports they “reached out to the Secret Service about Griffin’s tweets.”

The case has been filed against Kathy Griffin and other news outlets for spreading false news about the Covington Catholic students.