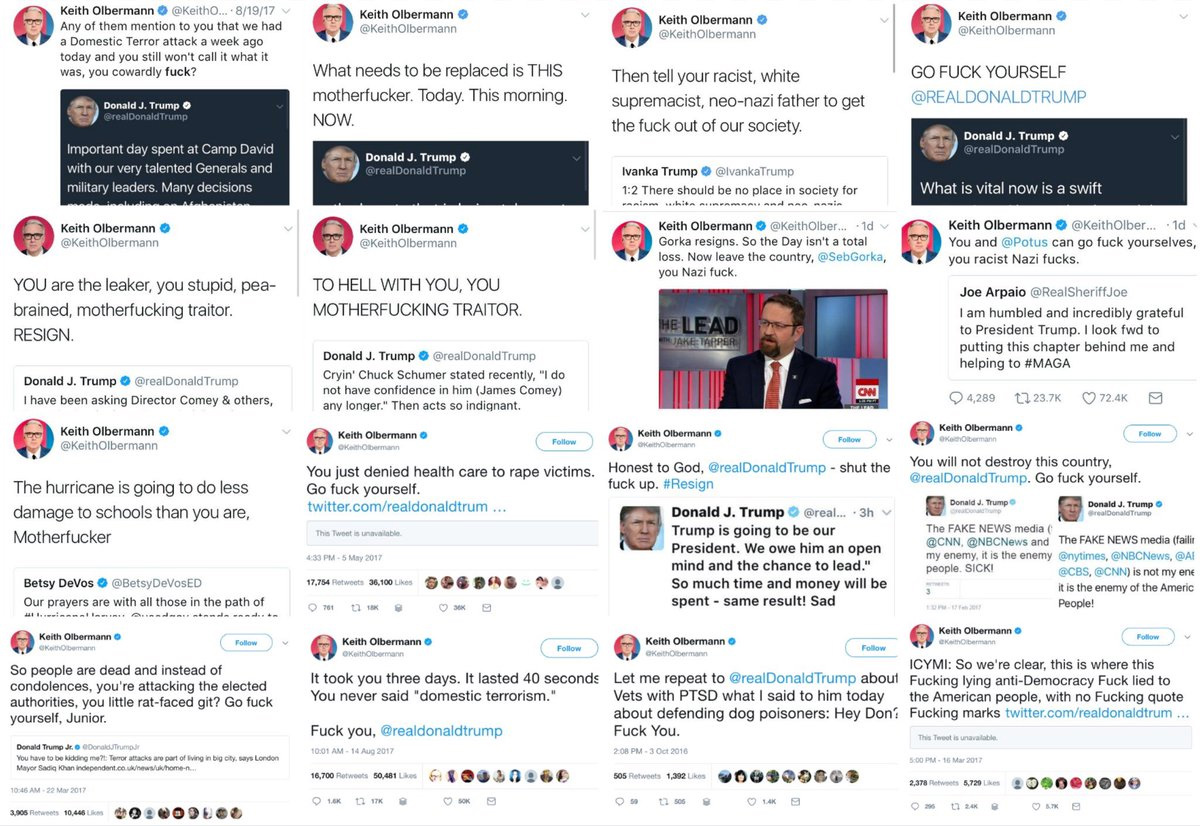 Failed sportscaster turned political agitator Keith Olbermann announced Monday he would be ending his anti-Trump Youtube series with GQ, claiming his work was done and that Trump was a “Soon-To-Be Future Ex-President.”

Bye bye @KeithOlbermann you will not be missed. #TheResistanceGQ has been defeated
by #MAGA Force ✌🏼 pic.twitter.com/OsyWOtAJCo

In his final edition of The Resistance, the unhinged commentator concluded he’d won and that Trump would be impeached or will resign due to various fake news scandals allegedly threatening his presidency.

NEW VIDEO: After “Pocahontas,” Trump’s an ex-president waiting to happen – imminently. So this will be the last episode of #TheResistanceGQ. If you’re a political account and I unfollow you it ain’t personal. And I recommend everybody follow @ddale8 pic.twitter.com/NzguN6uvL3

“This ballgame is… over and I don’t think it’s going to last another 13 months,” Olbermann said, referencing the congressional investigation into President Richard Nixon and his subsequent resignation. “And so this series is over.”

“I’ve made my point… I’d like to go back and enjoy some of my life again,” Olbermann stated.

“No illness, no scandal, no firing. Just, I’ve said what I’ve had to say. It was as obvious as I made it seem,” he claimed.

Olbermann, who supported Democrat loser Hillary Clinton in the 2016 election, had become well-known for his outrageous, deranged and foul-mouthed tweets directed at President Trump.