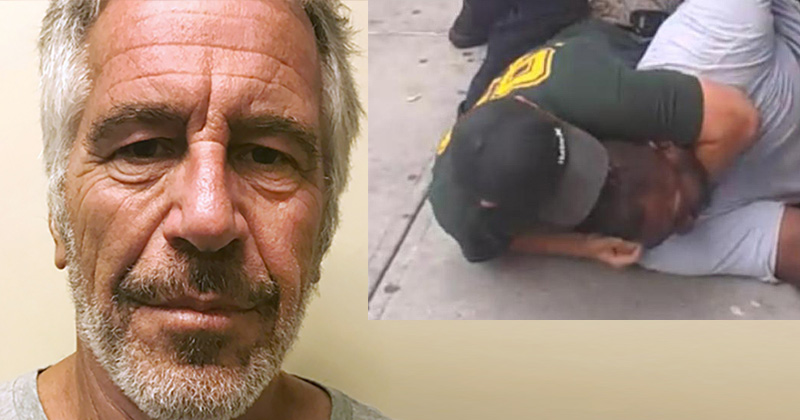 Eric Garner, the New Yorker who died from strangulation after a cop used a chokehold against him, also had a broken hyoid bone just like Jeffrey Epstein.

Garner’s high-profile death in 2014 centered around his broken hyoid bone, which led New York City’s chief medical examiner to conclude that Garner died of “compression of neck (chokehold), compression of chest and prone positioning during physical restraint by police.”

Epstein also had a broken hyoid bone according to an autopsy, the Washington Post reported.

And, as reported earlier, experts said they are more common in victims of strangulation.

In the aftermath of Garner’s death, the police union claimed that Garner’s broken hyoid bone “demonstrates conclusively” that Garner didn’t die of strangulation, but the medical examiner completely rejected that claim – and there was also the viral video of the cop choking Garner and Garner stating “I can’t breathe,” which at the bare minimum was a factor in his death.

The hyoid bone played a central role in a heated dispute last year over another high-profile death in New York, that of Eric Garner. A New York police officer was accused of using an improper chokehold while trying to arrest Garner and of causing his death. A police officers’ association claimed that an autopsy from Sampson’s office found there was no break of Garner’s hyoid bone, and that this proved that the officer could not have strangled Garner and caused his death.

This “demonstrates conclusively that Mr. Garner did not die of strangulation of the neck from a chokehold,” the Patrolmen’s Benevolent Association said.