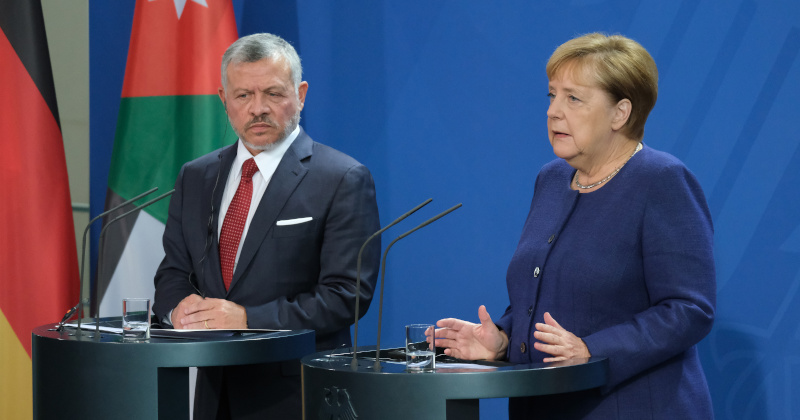 Islamic State (IS, formerly ISIS) is once again on the rise in the Middle East, King Abdullah of Jordan has warned, adding that “thousands” of fighters moved from Syria to Libya – bringing the whole problem even closer to Europe.

The revelation was made by the king during an exclusive interview with France 24 which aired on Monday. The monarch said that his “major concern is that we have seen over the past year the re-establishment and rise of ISIS, not only in southern eastern Syria but also in western Iraq.”

“We have to deal with the reemergence of ISIS.”

Ironically, the timeframe given by King Abdullah corresponds with the announcement of a decisive victory over IS by US President Donald Trump, who repeatedly praised himself for the achievement in early 2019. After said ‘victory’, however, the terrorist group is apparently on the rise again.

Moreover, thousands of fighters have moved from Syria into another of the region’s terrorist hotspots, the king stated, implying they were able to travel there through Turkey. Such a flow of extremists brings the whole Middle Eastern mess significantly closer to the EU – and the bloc must deal with it as soon as possible.

“Several thousand fighters have left Idlib through the northern border and have ended up in Libya; that is something that we in the region, but also our European friends, will have to address in 2020.”

The interview comes ahead of King Abdullah’s EU tour, with the monarch scheduled to engage in talks in Brussels, Strasbourg and Paris later this week. The situation in Libya – and the inflow of terrorists the war-torn country endures – will be among the main topics of discussion with the European leaders.

“From a European perspective, with Libya being much closer to Europe, this is going to be an important discussion in the next couple of days,” Abdullah said.