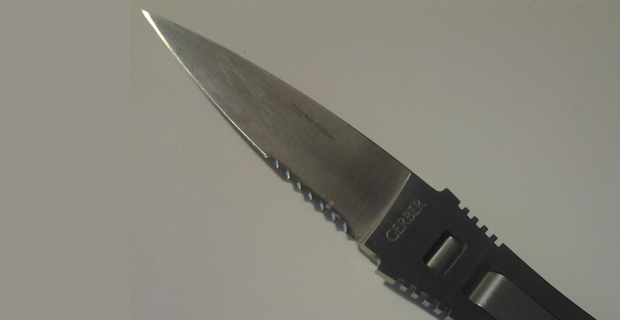 During a mass rampage in Santa Barbara, California late Friday night, the son of a Hollywood director reportedly killed six people, half of whom he stabbed to death in his apartment.

Anti-gun media pundits and politicians, however, have downplayed this glaring fact and instead focused on the gun used in the tragedy in yet another push to eradicate the Second Amendment.

In an article entitled Gun-Control Debate Heats Up Following California Shooting, Time.com completely omitted any reference to the knives used in the killings as of this writing.

“Police have identified Elliot Rodger as the suspect believed to be responsible for Friday’s atrocity, killing three men in his apartment before shooting another three people to death,” the article states, whitewashing the fact that the three men were stabbed.

By reading the article in its entirety, one would falsely assume that every victim was shot.

Likewise, a panel discussion on the TV program Good Day LA this morning practically ignored the stabbings while arguing that the rampage will “renew” the push for gun control.

And Sen. Richard Blumenthal (D-Conn.) called on Congress to revisit gun control legislation, claiming that it will “stop the madness and end the insanity.”

Of course there’s no similar push for “knife control” because it simply does not fit the overall agenda to disarm the population entirely.

Simply put, a disarmed public is defenseless to predatory governments, a fact that is proven over and over again in so many third-world countries around the world.

“When government fears the people, there is liberty,” Thomas Jefferson so eloquently stated. “When the people fear the government, there is tyranny.”

As for now, there’s no doubt that the anti-gun movement will once again try to use the “mental health” angle to reduce firearm ownership, which is quite alarming considering that the guidebook used by psychologists to classify mental disorders, the Diagnostic and Statistical Manual of Mental Disorders (DSM-5), is so broad that practically any form of human behavior could be attributed to some type of mental illness.

This will simply lead to many Americans losing their gun rights despite not having any violent tendencies whatsoever.

Gun control only leads to the outright ban of private gun ownership.