Obama will announce “toothless reforms” and it will be business as usual at the NSA.

Obama’s aides were also surprised. “Things seem to have grown at the N.S.A.,” David Plouffe, Obama sidekick and trusty advisor, told the newspaper, citing the surveillance of foreign leaders’ phones. “I think it was disturbing to most people, and I think he found it disturbing.”

Despite his alleged ignorance of NSA snooping, the Times tells us that as an Illinois senator Obama “supported robust surveillance as long as it was legal and appropriate,” whatever that means (normally it would mean respect for the Fourth Amendment and court-issued warrants), but once in the White House he changed his mind.

Story after story underscore constitutional law professor Obama’s remarkable conversion (in fact, Obama was a constitutional law lecturer at the University of Chicago Law School, not a professor, a useful skill now that he is the federal government’s chief teleprompter reader).

Aides said “his views have been shaped to a striking degree by the reality of waking up every day in the White House responsible for heading off the myriad threats he finds in his daily intelligence briefings,” briefings presented by agencies most involved in surveillance – the NSA, CIA, DIA, FBI, and other members of the intelligence community.

“When you get the package every morning, it puts steel in your spine,” said Plouffe. “There are people out there every day who are plotting. The notion that we would put down a tool that would protect people here in America is hard to fathom.”

A worthless tool, it should be added. Earlier this week we learned that unconstitutional NSA surveillance “has had no discernible impact on preventing acts of terrorism.” Moreover, the White House’s own appointed review group has concluded that the NSA “counterterrorism program” (widespread violation of the Fourth Amendment) is “not essential to preventing attacks” and that much of the evidence it did turn up “could readily have been obtained in a timely manner using conventional [court] orders.”

The review board examined 225 government terrorism cases. A report issued by the New America Foundation cites Najibullah Zazi, the street vendor who supposedly planned to bomb New York’s subway, although investigators admitted important facts were missing, including a specific target, date, and the recruitment of others to facilitate the terrorist attack. Moreover, no operational bomb existed. In other words, the terrorist attack was a fantasy gussied up into a full-fledged national security threat.

Despite the lack of a case and sketchy circumstantial evidence, the leaders of the Senate and House Intelligence committees showcased Zazi as the reason millions of Americans should surrender their Fourth Amendment.

“The instances where [squashing the Fourth Amendment and defecating on the Bill of Rights] has produced good – has disrupted plots, prevented terrorist attacks – is all classified, that’s what’s so hard about this,” said Senate Intelligence Committee Chair Sen. Dianne Feinstein, a California Democrat. “So that we can’t actually go in there and, other than the two that have been released, give the public an actual idea of people that have been saved, attacks that have been prevented, that kind of thing.”

As for a number of cases rolled out by the FBI and subsequently used to defend NSA surveillance, see this page. The FBI has spent a lot of time and money grooming agent provocateurs who ferret out primarily witless patsies who are then paraded before the propaganda media as national security threats.

On Friday, Obama will deliver another of his teleprompter speeches and attempt to mollycoddle the American public into thinking the government will reform the NSA.

“President Obama will call Friday for ending the National Security Agency’s ability to store phone data from millions of Americans, and he will ask Congress, the Justice Department and the intelligence community to help decide who should hold these records, officials said,” USA Today reports.

“In his speech Friday on surveillance policy, Obama plans to argue that the metadata program is a major counterterrorism tool, but changes can be made to reassure Americans that it is not being abused.”

Obama, with plenty of help by the establishment media, will undoubtedly get away with this. Now that the government has more or less successfully sold the “only metadata” farce to the American people and successfully hitched this to a few dim-witted would-be terrorists (and others classified) who were steered by the FBI, we can expect the “reforms” announced by Obama today to be of little to no value in protecting the Constitution and our liberties.

The national security state has a keen interest in putting the finishing touches on its high-tech panopticon. The tempest, however minimal, thanks to the wholesale ignorance of the American people and the persistence of a surrealistic terror meme with its pantheon of scary Muslim boogiemen, will be subdued, for now, as the talking heads herald Obama’s “reforms” and move on. 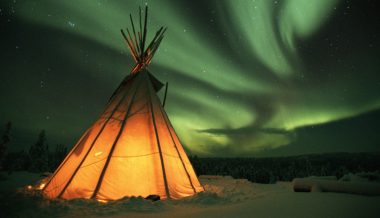 Did Native Peoples Live in Harmony with Nature? It’s Complicated. 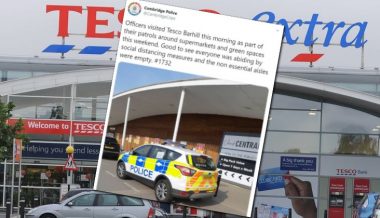