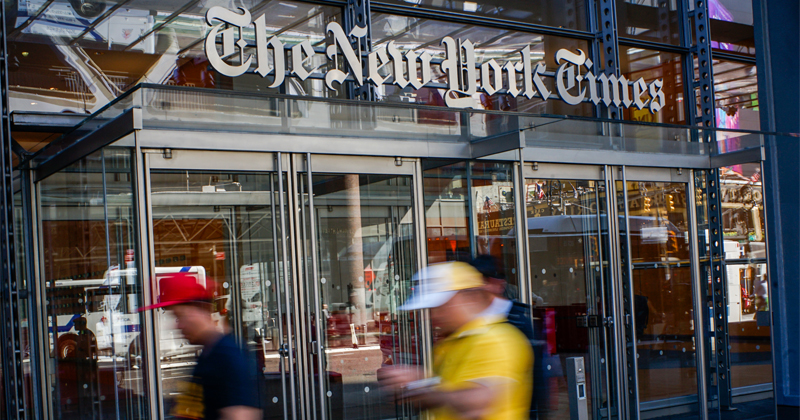 The New York Times’ allegation that Russia has been offering reward money to Taliban-linked militants in Afghanistan to kill US and coalition troops has been attacked from all sides, with Moscow, the Trump administration and the Taliban itself saying that the claims aren’t true.

There is no general agreement among US intelligence agencies about the veracity of claims made in the New York Times about Russian military intelligence offering reward money to encourage the killing of US troops in Afghanistan, White House press secretary Kayleigh McEnany has announced.

“The US receives thousands of reports a day on intelligence, and they are subject to strict scrutiny. While the White House does not routinely comment on alleged intelligence or internal deliberations, the CIA director, the National Security Advisor, and the Chief of Staff can confirm that neither the president nor the vice-president were briefed on the alleged Russian bounty intelligence,” she added, referring to the central claim of NYT’s piece that Trump ‘had been briefed’ on the bounty claims but failed to take action.

Pressed on the question, McEnany emphasized that “the president is briefed on verified intelligence,” adding that it was “irresponsible” of NYT to “falsely” report that Trump was briefed.

Earlier Monday, in an interview with Fox News, the White House spokeswoman promised that she would “clear up false reporting” surrounding the ‘Russian bounty’ claims.

On Sunday, Trump said he’s been told by US intelligence agencies that they did not find the recent reports about alleged Russian bounties for US troops in Afghanistan to be credible, adding that the NYT story may be “another fabricated Russia Hoax, maybe by the Fake News @nytimes, wanting to make Republicans look bad.”

The Russian Foreign Ministry called the story’s allegations “nonsense,” adding that amid the Trump-Taliban peace agreement, it was possible that US spies were worried that a lasting peace would put an end to their illicit earnings from drug trafficking and other illegal ventures.

On Monday, Dmitry Peskov, spokesman for Russian President Vladimir Putin, reiterated that NYT’s allegations were “false,” and said that “if the US intelligence continues to be accountable to the president, then I propose to focus on the relevant statements of President Trump.”

In her briefing, McEnany also confirmed that the White House has invited eight senior lawmakers, both Democrat and Republican, for a briefing on the ‘Russian bounty’ claims, with Chief of Staff Mark Meadows expected to brief them.

On Sunday, House Speaker Nancy Pelosi accused the Trump administration of endangering US troops’ lives with its “disturbing silence and inaction” on the NYT report, adding that it was “totally outrageous” for the president “not [to] confront the Russians” and to “kiss up to Putin.” In her Fox interview, McEnany slammed Pelosi for her “entirely off-base” comments, saying that “this president has been very tough on Russia,” having slapped Moscow with new sanctions and closed down consulates.