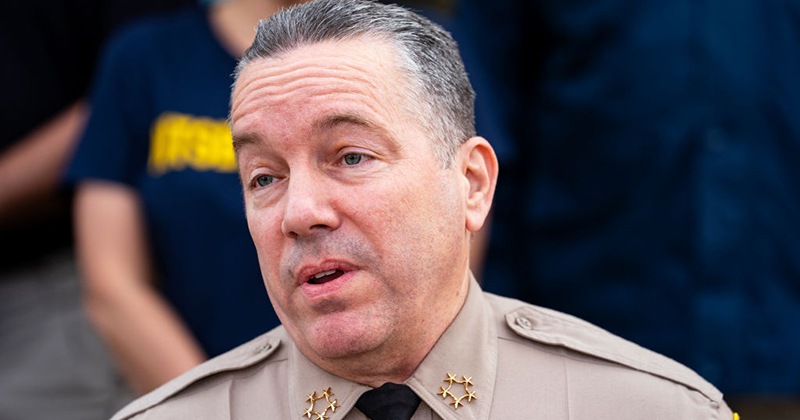 Earlier, Los Angeles County Sheriff Alex Villanueva ordered all gun stores closed  (fearing that too many first-time gun-owners were getting access to weapons), and now LA Mayor Eric Garcetti lashed out at non-essential stores that refuse to close, making an ominous threat.

After reflecting on the first COVID-19 death of a teenager in L.A. County, he went on to announce actions against nonessential businesses that don’t close.
“This behavior is irresponsible and selfish,” he said of those that remain open.
He said the Department of Water and Power will shut off water and power for the businesses that don’t comply with the “safer at home” ordinance.

Alex Jones presents live video footage from the Rose Garden outside the White House as President Trump calls out New York Governor Andrew Cuomo for not purchasing ventilators a few years ago that would have helped his state better tackle the coronavirus outbreak.

Neighborhood prosecutors will implement safety measures and will contact the businesses before issuing further action, according to Garcetti.
“The easiest way to avoid a visit is to follow the rules,” he said.
This all seems to be accelerating down the extremely slippery slope towards full authoritarian control – something the politicians will be unwilling to easily give up once this crisis blows through.

Finally, the mayor said L.A. is six to 12 days behind New York in being hit with a wave of positive cases.
“The peak is not here yet,” he said.

“It will be bad… We need to be prepared for some of the darkness that is ahead.”