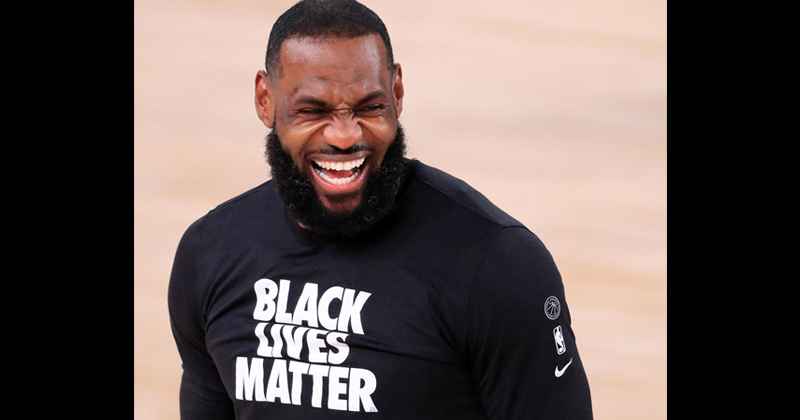 Los Angeles County Sheriff Alex Villanueva challenged NBA star Lebron James to match the reward money being offered for information leading to the arrest of the suspect who shot two LASD deputies in Compton on Saturday.

Speaking with The John Phillips Show on 790 KABC Radio, Villanueva explained that the county offered a reward of $100,000 for details on the murderer, while private parties pledged $50,000 and $25,000.

The sheriff then challenged Los Angeles Lakers basketball star LeBron James to double the $175,000 reward being offered, saying, “I know you care about law enforcement.”

LeBron is BLM supporter who has previously spoke out regarding officer-involved shootings and the impact on the African American community, but Villanueva said he’d like the athlete to “appreciate that respect for life goes across professions, it goes against races, creeds, and I’d like to see LeBron James step up to the plate and double that.”

Talk show host John Phillips told Sheriff Villanueva that James has been willing to get involved in certain civic issues while staying out of the debate surrounding the NBA’s relationship with China.

“He doesn’t want to say anything critical about that government because the NBA is looking to expand over there,” he said.

However, being a member of the Los Angeles community, “wouldn’t LeBron want to help find the shooter who tried to assassinate two police officers?” Phillips asked.

Villanueva responded, saying, “Let’s see what he does. I’ll be very curious to see what his response is, if any.”

The LA County sheriff continued to call for politicians to “tone down the rhetoric,” to “get rid of the violence,” and to “spend more time trying to understand each other.”

NEW: Speaking with @KABCRadio . Sheriff Alex Villanueva issues a challenge to Lebron James to match the reward money on the table for the arrest of the shooter who ambushed two LASD deputies in Compton. County has put up $100,000 & private citizens have offered $75,000. @FOXLA