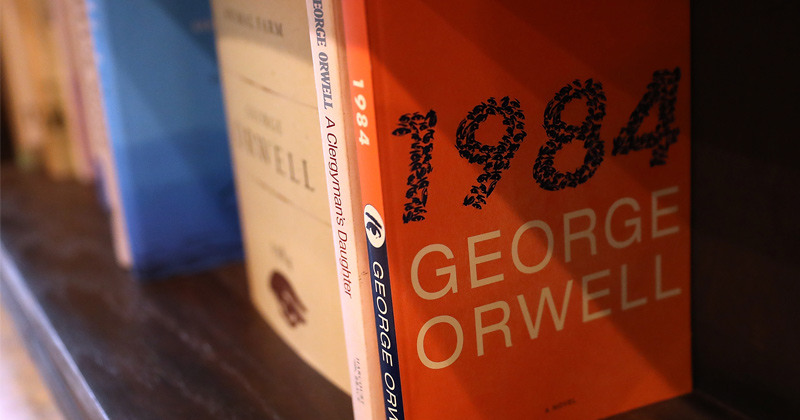 The language war is in full swing.

An open letter signed by leaders of Women’s Aid and the Women’s Equality Party demands that Oxford Dictionaries change their “sexist” definition of the word ‘woman.’
The authors of the letter published this week complain that the dictionary refers to a woman as a “bitch” or a “maid”, while a man is described as “a person with the qualities associated with males, such as bravery, spirit, or toughness.”

Like all serious dictionaries, Oxford draws attention to the different terms that are used in relation to a word. The campaign — which started last year with a petition by Maria Beatrice Giovanardi — wants the dictionary to drop terms such as “bitch”, “wench”, “bird” or “frail” in its historical definition of a woman.

The aim of this campaign is not simply to get Oxford University Press to erase references to words it does not like. Its main objective is to alter the way that people think about men, women, gender and identity.

The authors of the petition clearly resent the fact that the term ‘man’ still conveys positive attributes. It complains that Oxford’s definition of a ‘man’ is much more exhaustive than that of a ‘woman’ — with 25 examples for men, compared to only 5 for women. Implicit in this criticism is the aspiration to define man downwards.

Although the focus of the campaign is on challenging sexist language, it is actually about promoting a fundamental revision of the way people speak, behave and think about gender and sex.

This objective becomes clear in its demand to “enlarge the dictionary’s entry for ‘woman’,” as the petition puts it. To illustrate what the enlargement of the entry for “woman” means, it demands the inclusion of “examples representative of minorities, for example, a transgender woman, a lesbian woman, etc”. In other words it seeks to alter the meaning of woman by including men who identify as female in the definition.

Dictionaries have become an important site for the waging of the language wars. Campaigners are constantly placing pressure on dictionaries to include words that they like and censor those that they don’t.

A few years ago, a campaign sought to get the OED to remove its reference to “Essex Girls” on the ground that it was a lazy sexist stereotype. In this instance the OED stood its ground.

Trans activists have been more successful. In September 2019, Merriam-Webster dictionary announced that it will update the meaning of the pronoun “they” to “refer to a single person whose gender identity is non-binary”.

Not to be outdone, Collins Dictionary reported that it was adding the word “non-binary” to the dictionary. A few months later, Merriam-Webster declared that the non-binary pronoun “they” was their word of the year.

In their study, Forbidden words: taboo and censoring language, the authors Keith Allen and Kate Burridge stated that unlike normal censoring activities, which are aimed at the maintenance of the status quo, the current form of linguistic policing seeks to promote political and social change. Such campaigns are oriented towards the objective of altering how people behave and in particular how they identify themselves. For that reason their strategy of verbal purification is particularly directed towards influencing the socialisation of young people.

As the authors of the petition note, “we can take a serious step towards reducing the harm this is causing our young women and girls by looking at our language — and this starts with the dictionary”.

Unfortunately it does not end with the dictionary. In recent months, there has been a veritable explosion in the activities of the language police. To take one example, at Leicester University students who expected to celebrate International Women’s Day have discovered that instead the event has been rebranded as International Womxn Day. The university justified the the move by stating ‘‘We use the term ‘womxn’ as a more inclusive spelling of ‘women’ that includes any person who identifies as a womxn”. That’s another way of saying that the age-long the meaning of a woman has become the casualty of the Leicester University language police. How long before campaigners insist that womxn becomes Oxford Dictionary’s word of the year?

In his important essay, ‘Politics and the English Language’, George Orwell foresaw the corrosive impact of verbal purification on human life. He warned that:

“If thought corrupts language, language can also corrupt thought. A bad usage can spread by tradition and imitation even among people who should and do know better.”

At present, far too many people who do know better have opted for an easy life, and have acquiesced to the corruption of language. They need to realize that if we allow them to decide what words we can and cannot use, they will end up controlling our most intimate thoughts.