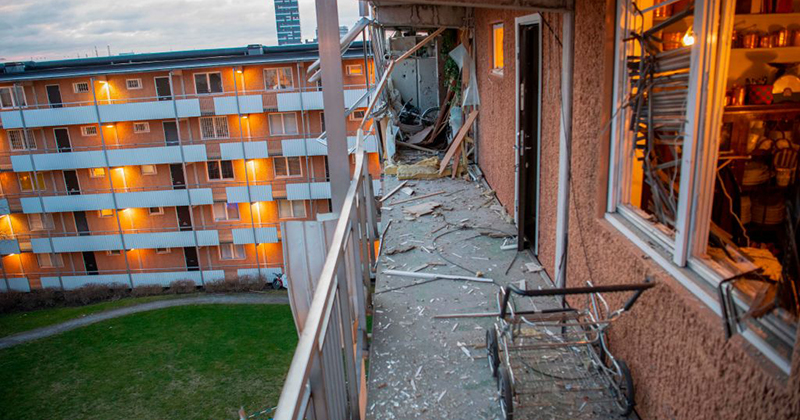 A large-scale blast rocked an apartment in the no-go Stockholm suburb of Husby early Tuesday morning along with another explosion taking place just 500 metres away.

One person was taken to the hospital after suffering injuries from one of the blasts, but the injuries were only determined to be minor.

A total of 50 residents were evacuated from their homes following the blasts as police and bomb technicians examined the area, SVT reports.

Anna Wästberg of the Stockholm Police commented on the two explosions saying that police were investigating a potential connection to the large blast that occurred last week in Östermalm, which led Moderate Party leader Ulf Kristersson to claim the government had lost control of the country.

“We are looking at connections to other ongoing preliminary investigations on blasts and this is included in Östermalm. It is too early to say whether there is a connection at present,” Wästberg said.

In perhaps the most symbolic occurrence in recent times, the Newseum is Washington DC has permanently closed. As a monument to the power and prestige of the news media, it is perhaps appropriate that it should close, as the once-respected Mainstream Media collapses in distrust and irrelevance. Go cry, Brian Stelter.