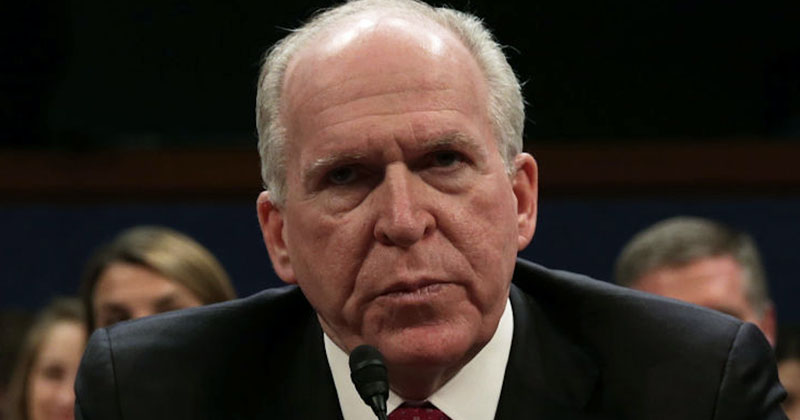 Former CIA Director John Brennan is the main focus of prosecutor John Durham’s investigation and several intelligence officials have testified against him in front of a grand jury, according to US attorney Joe diGenova.

“One of the more interesting revelations is what I have confirmed with my sources, is that John Brennan is in fact the focus, the main focus of the [Durham] investigation,” di Genova said Tuesday on The Howie Carr Show.

“And, a number of former intelligence officers have been interviewed and apparently testified about a series of questions involving the production of the famous assessment done after the election which of course was a phony assessment.”

“It was a constructed document,” diGenova continued. “It was not in fact an assessment of anything and that is very interesting because they are looking at what Brennan did and what he asked other people to do in terms of that and some other things as well. So apparently Mr. Durham has not been deterred by the virus.”

“They [Durham and his team] are clearly looking at abuse of power. In other words, were the resources of the CIA illegally used to undertake domestic terrorist investigations?” he asked.

“Were the resources of the CIA used to illegally create a plot to either falsely lead FBI officials into a scheme or to conspire with FBI officials to deny certain people their civil rights?”

DiGenova’s remarks come days after Attorney General William Barr said that the DOJ investigation into the origins of the “Russia collusion” investigation has found “troubling” evidence that the abuses in the intelligence community against Trump in 2016 were more than “mistakes or sloppiness.”

“My own view is that the evidence shows that we’re not dealing with just mistakes or sloppiness, there was something far more troubling here; and we’re going to get to the bottom of it,” Barr stated on The Ingraham Angle.

“And if people broke the law, and we can establish that with the evidence, they will be prosecuted.”

The fools on the hill actually introduced two articles of impeachment. Ultimately not to impeach a President they hate based on lies. But to impeach the votes of the silent majority of so called deplorable Americans that voted him in.