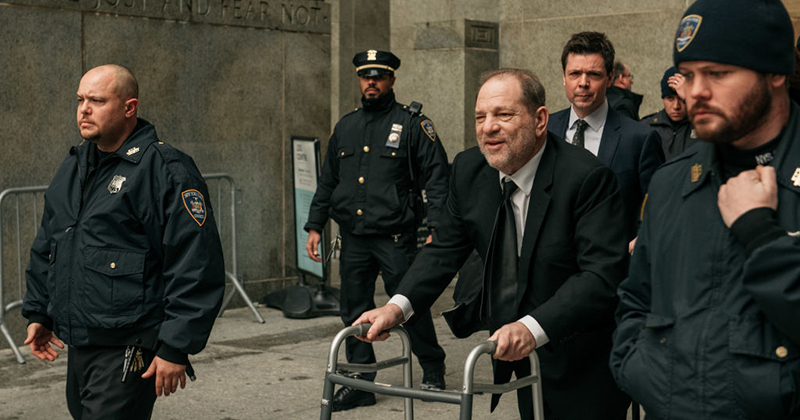 President Trump’s impeachment isn’t the only major trial that Americans will be following in January.

Now that the jury has been picked (sadly, Gigi Hadid didn’t make the cut, much to the disappointment of the New York Post) and the defense has succeeded in limiting the number of young, white women on the jury to just 2, it’s time for what some are hyping as the next trial of the century.

Harvey Weinstein, the Hollywood studio head and kingmaker whose fall from grace inspired the #MeToo movement, is facing a criminal trial in Manhattan on charges of rape and assault.

I convicted, it’s extremely likely that the 67-year-old Weinstein will be sentenced to life in prison, while civil suits and penalties eat away whatever is left of his fortune.

With opening statements about to begin next week, Weinstein’s legal team has started laying out its defense in the press.

According to ABC News, Weinstein’s team is pushing to include a trove of “intimate email correspondence” between the former mogul and his accusers – emails that they say would paint a wildly different picture of their relationships with the defendant.

Some of the emails even show that some of the very same women accusing Weinstein of rape once bragged to friends about being in a sexual relationship with the mogul. Given Weinstein’s stature in the industry, many of his accusers are women who wanted or needed a favor from him, even if it was merely a small role in one of his films.

Though Weinstein’s reputation has been thoroughly sullied in a way that makes it impossible to portray him as a victim (except inside his own head), the lawyers could argue that this evidence weakens the witnesses’ credibility, suggesting that they might have reluctantly consented to Weinstein’s advances.

Conveniently, Weinstein’s health has apparently deteriorated over the last two years – or at least that’s what his lawyers want the public to believe.

The trial is moving ahead in Manhattan as Weinstein’s lawyers have so far failed in their push to change the venue outside of New York City, where hatred for Weinstein is likely at its highest.

Considering the number of celebrities and the circus like atmosphere that engulfs everything in NYC, Weinstein’s lawyers argued that he would never received a fair trial. But the judge rejected those claims.

In December, he underwent a bilateral laminectomy, a back surgery that was allegedly vital to repair damage from a one-car crash. Weinstein said he swerved off the road trying to avoid a deer. That must have been some deer.