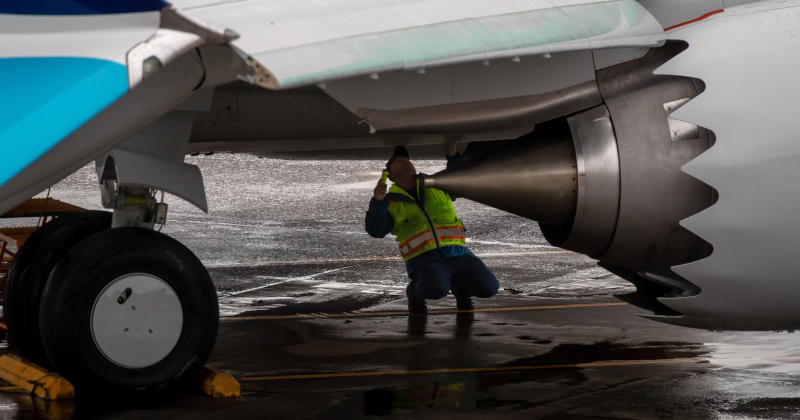 According to an internal memo, seen by Reuters, Boeing found debris that could pose potential safety risks in the fuel tanks of several 737 MAX aircraft that are in storage and waiting to be delivered to airlines.

To be clear about what ‘debris’ means, Reuters details that:

“…an industrial term for rags, tools, metal shavings and other materials left behind by workers during the production process.”

And notes that this ‘debris’ problem has been a quality control issue for various Boeing aircraft, such as its KC-46 tankers.

Foreign-object debris (FOD) “is absolutely unacceptable. One escape is one too many,” Mark Jenks, a Boeing vice president and general manager of the 737 program, said in a message to employees that was viewed by Reuters.

“With your help and focus, we will eliminate FOD from our production system.”

The FOD problem on the MAX was first reported Tuesday on Scott Hamilton’s Leeham.net aviation site:

“There’s a systemic issue with Boeing’s quality control that hasn’t been corralled yet,” said Hamilton in an interview.

“This is not related to the MAX crashes or exclusively a MAX issue. Boeing has these FOD issues on other airplane programs.”

A Boeing spokesman confirmed the memo’s authenticity; and Boeing now having to inspect more than 400 stored 737 Max jets, but Bernard Choi said “it’s still undecided if we will inspect the rest” of the MAX fleet – another 385 aircraft that were delivered to customers but have been grounded for almost a year and are parked at airfields around the world.

Boeing spokesman Chaz Bickers was, however, careful to claim that the company does not see the debris as contributing to delays in the jet’s return to service. (The inspections will take two to three days per aircraft. Fuel must be drained from the wings before a mechanic can go in and do a thorough check.).

The Federal Aviation Administration said it was aware that Boeing “is conducting a voluntary” inspection for debris in the undelivered aircraft “as part of the company’s ongoing efforts to ensure manufacturing quality.”

It may delay the airlines’ decision to accept delivery of the jets though (as its not exactly reassuring to crew members and passengers of the company’s commitment to manufacturing quality and safety!)