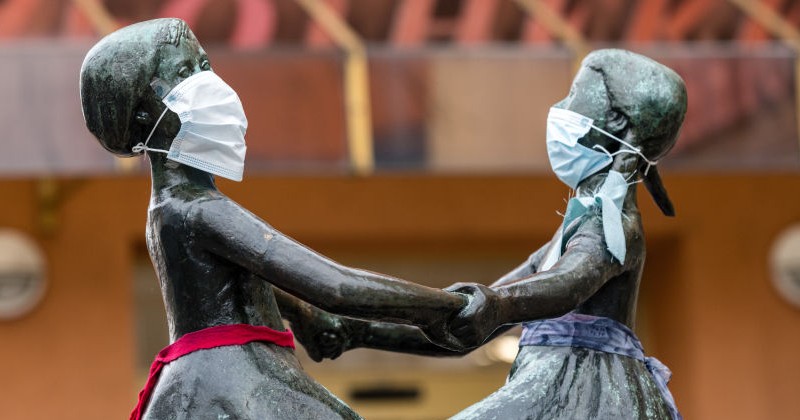 A leaked study from inside the German Ministry of the Interior has found that the impact of the country’s lockdown could end up killing more people than the coronavirus due to victims of other serious illnesses not receiving treatment.

Tichys Einblick, a magazine in Germany, issued a press release about the impact assessment which has been translated into English by Toby Young of LockdownSceptics.org.

“The lockdown and the measures taken by the German federal and central governments to contain the coronavirus apparently cost more lives, for example of cancer patients, than of those actually killed by it. This is the result of an internal analysis by the Protection of Critical Infrastructures”unit in the Federal Ministry of the Interior, which has been made available to members of the Ministry’s crisis team and leaked to Tichys Einblick magazine. The 86-page paper with its critical evaluations for example of the data submitted by the Robert Koch Institute, has in the meantime already been dismissed by the Ministry as the expression of an “isolated individual opinion”. According to information from Tichy’s Einblick, the paper’s author, a senior official at the Ministry, has by now been suspended.”

According to the German-speaking reader who supplied Young with the translation, the German media reacted by immediately denouncing the author of “having massively overstepped his brief” and asserting that his findings didn’t represent the German government’s official position.

“I don’t think there can be any doubt that the report is genuine, and the real issue is how damning it is, and the obviously pretty cack-handed cover up that is underway,” commented the reader.

As we have previously highlighted, in the UK there have already been up to 10,000 excess deaths as a result of seriously ill people avoiding hospitals due to COVID-19 or not having their hospital treatments cancelled.

Professor Richard Sullivan also warned that there will be more excess cancer deaths in the UK than total coronavirus deaths due to people’s access to screenings and treatment being restricted as a result of the lockdown.

His comments were echoed by Peter Nilsson, a Swedish professor of internal medicine and epidemiology at Lund University, who said, “It’s so important to understand that the deaths of COVID-19 will be far less than the deaths caused by societal lockdown when the economy is ruined.”

According to Professor Karol Sikora, an NHS consultant oncologist, there could be 50,000 excess deaths from cancer as a result of routine screenings being suspended during the lockdown in the UK.

Experts have also warned that there will be 1.4 million deaths globally from untreated TB infections due to the lockdown.

As we previously highlighted, a data analyst consortium in South Africa found that the economic consequences of the country’s lockdown will lead to 29 times more people dying than the coronavirus itself.

Despite citizens across the world being told to observe the lockdown to “save lives,” numerous experts who are now warning that the lockdown could end up costing more lives are being ignored or smeared by the media.