The day after Republican Rand Paul’s landslide primary victory in Kentucky, the mainstream Left tried to paint him as a segregationist, while the mainstream Right either ignored or attacked him. And for good reason. Like his father Ron, Rand represents revolution, and the establishment is petrified.

Let’s begin with the Left. Afraid that they can’t beat a conservative Republican of Paul’s pedigree in the Tea Party-influenced, anti-Obama political climate of 2010, liberals are trying to run against him in 1964. Cherry-picking irrelevant references Paul has made about private property rights and how they could possibly relate to the Civil Rights Act or even the Americans with Disabilities Act, Democrats are trying to portray Rand the libertarian as a closeted Klansman who secretly hates “coloreds” and “cripples.”

It’s no surprise that in any discussion about government intrusiveness and private business, race-obsessed liberals immediately equate free will and free markets with Jim Crow. When MSNBC’s Rachel Maddow hysterically brought up the specter of segregated lunch counters during an interview with Paul, author Thomas Woods noted the absurdity of even having such a conversation today. Writing for The American Conservative, Woods says: “Any non-hysteric knows a segregated restaurant would be boycotted and picketed out of existence within 10 seconds, but we’re supposed to fret about fictional outcomes from the repeal of a law that will never be repealed.” Fictional indeed.

And portraying Paul as somehow being anti-black is no different than conservatives who portray antiwar protesters as anti-American; in both cases, legitimate concerns by citizens about the actions of their government are misconstrued to imply horrible and untrue things about the concerned. Liberals howl when right-wing talk show hosts like Rush Limbaugh and Glenn Beck call President Obama “racist,” and now the Left shamelessly borrows from their playbook.

But it’s not just the Left who are upset over the rapid ascent of America’s next top conservative idol. Former Bush speechwriter David Frum finds Paul to be as “extreme” as liberals do, writing on the day after the election, “Rand Paul’s victory in the Kentucky Republican primary is obviously a depressing event for those who support strong national defense and rational conservative politics.”

Frum’s preferred candidate in the Kentucky primary, Trey Grayson, was not only a former Bill Clinton Democrat but a George W. Bush Republican who deviated rarely from the party establishment and heartily received their endorsement. Both former Vice President Dick Cheney and Senate Minority Leader Mitch McConnell lined up behind Grayson in a desperate attempt to prevent Paul from winning. With Paul trouncing Grayson 59 percent to 34 percent, the old Republican guard lost in a Randslide.

Fashioning himself and his Bush league friends as supporters of “strong national defense” and “rational conservative politics,” it doesn’t take much investigation to discover what Frum believes “rational conservative politics” to be: a return to a GOP brand that today’s grassroots conservatives reject most — big-spending, debt-doubling neoconservatism. Disaffected Republicans turned Tea Partiers are not as enamored with America’s ventures in Iraq and Afghanistan as they once were, and they aren’t so in love with war that they will ignore the continued growth of big government, a narrative Bush and the neocons successfully used for eight years to keep rank-and-file Republicans in line. Frum’s fear is that Kentuckians, and Americans at large, might be encouraged to actually think about the wisdom of American foreign policy.

And this fear extends to conservative talk radio, where on the day after Paul’s victory, hosts Limbaugh and Sean Hannity said next to nothing about it. Compare their silence to the election of Scott Brown, the Massachusetts senator who received wall-to-wall coverage in the conservative media. Why was there so much excitement for this moderate-to-liberal Republican from Massachusetts? That’s easy. Brown was a conventional Republican who excited the conservative base without upsetting the GOP establishment. Paul is the opposite. The Hill’s John Feehery notes the difference: “Rand Paul will be more than the skunk at the garden party in the U.S. Senate. He will be subversive when it comes to critical Republican orthodoxies.” Like his father, Rand is the Republican establishment’s worst nightmare.

It’s somewhat appropriate that liberals would go all the way back to 1964 in order to attack Rand, because his rise truly is the resurgence of a Barry Goldwater-style, limited-government philosophy. Goldwater’s politics were once the bedrock of American conservatism, but today those beliefs are controversial, not only to the Left with its race obsession, but the mainstream Right, which fails to find virtue in Rand’s “extremist” brand of liberty. This ridiculous, two-party status quo restricts substantive debate, impedes real reform, and begs for revolution. And whether the establishment likes it or not, Rand Paul just might give it to them. 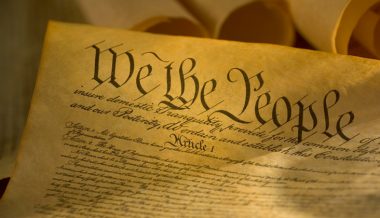 Freedom Still Matters, Even in the Midst of a Virus 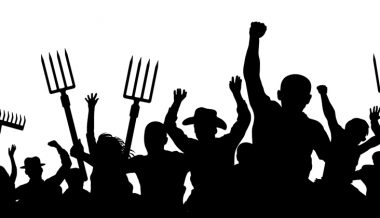