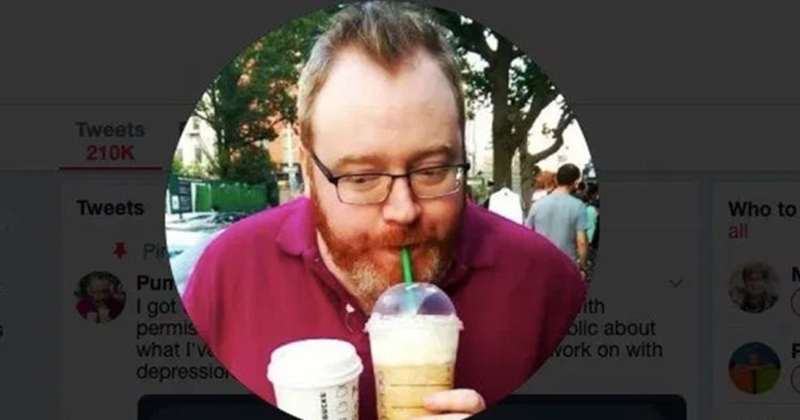 Peter Bright, 39, the former tech editor for Ars Technica, was convicted on Monday for attempted child enticement to engage in illegal sexual activity, after speaking with a law enforcement agent posing as a mother prostituting her two young children, according to Breaking 911.

Due to Bedfordshire pro-paedophile policing Tommy was arrested for the crime of being a protective father at Center Parcs. Tommy’s eight year old daughter went swimming a Center Parcs with her family and friends, a child sexual predator was lurking in the pool and “grabbed” her bum – “by mistake”. Tommy was due in Luton magistrates court on the 2nd of April – answering to the charge of “common assault”.

National File previously reported on Bright as he stood trial:

The tech writer also described himself on social media as “Poly/pan/pervy.”

In his tweets, Bright is alleged to have “missed” his “Japanese boy” as well as salivated over “jailbait” on a train and a plane.

Other tweets interrogate the maturity of minors, along with bashing certain legal impediments to sexual gratification with teenagers.

He wrote, “I think age-based rape laws (rather than consent-based) are stupid.”

He continued, “What do they need protection from, and why?”

Bright had also come out against the international pedophilia conspiracy theory, Pizzagate.

The former Ars Technica wrote a short poem in a tweet, establishing his position on the matter:

Roses are red, Except when they’re teal; Some people think Pizzagate is real

Bright was arrested by the FBI after a back-and-forth with an FBI agent posing as a mother of a 7-year-old girl and 9-year-old boy on Kinkd. He allegedly sent the agent, posing as a depraved mother, a picture of his penis and records proving that he was STD-free.

Bright allegedly wished to molest both children as well as rape the young girl, according to The Daily Dot.

Oddly, the disgraced blogger attempted to float a defense saying he was “an age-playing vigilante trying to catch the FBI agent.” Unsurprisingly, the prosecution rejected the claim.

Further, the journo claimed he was an “age-player” and a “daddy” in addition to having an attraction for “full-bodied women with a lot of body hair,” but no attraction toward children, reported Inner City Press.

When he was arrested, he was allegedly found carrying condoms.

Bright attempted to make the outrageous claim that he had been pretending to be a pedophile in his defense when he said he was “an age-playing vigilante trying to catch the FBI agent.”

U.S. Attorney, Geoffrey S. Berman, stated: “As the jury found, Peter Bright attempted the basest type of crime, arranging to engage in sex with young children. Thanks to the FBI, Bright is in custody and facing serious prison time.”