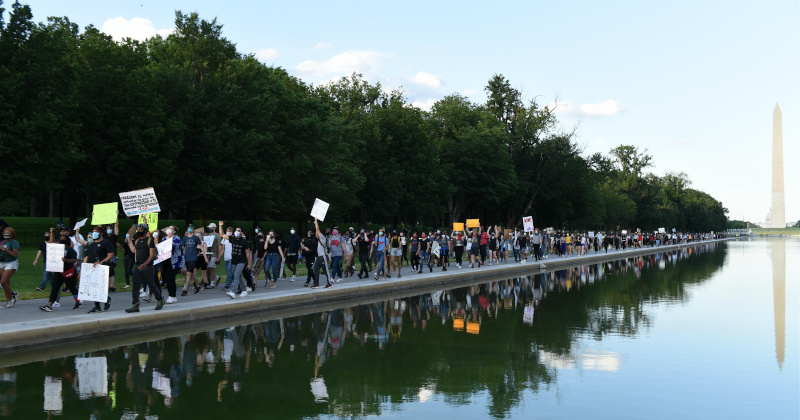 A blue-tick verified Egyptologist has offered “advice” to rioters in US cities on how to “safely” pull down obelisks for “anyone who might be interested,” drawing both abject disbelief and admiration on social media.

Sarah Parcak, a well-known US archaeologist whose work involves “using satellites to uncover ancient Egyptian ruins” according to the Smithsonian Magazine, offered the tips on how to destroy monuments in a lengthy Twitter thread on Sunday.

Parcak said she “never ever in a million years thought this advice might come in handy” before proceeding to explain how groups of people protesting the brutal police killing of George Floyd might band together to pull down racially controversial monuments in the US.

The key to pulling one down is letting gravity work 4 you. Chances are good the obelisk extends into the ground a bit, so you want to get CHAINS NOT ROPE (it's 2020 AD not BC let metal work for you) extended tightly around the top (below pointy bit) and 1/3 down forming circles

Amid the advice offered, Parcak said it was important to use “chains not rope” and that there should be 40-plus people for every 10 feet of monument. She urged people to think about “safety first” and to wear gloves when they pulled. “You want to create a rocking motion back and forth to ease the obelisk from its back,” she wrote in the bizarre thread.

“Good riddance to any obelisks pretending to be ancient Egyptian obelisks when they are in fact celebrating racism and white nationalism,” she added. Parcak even offered a quick sketch on how the process should look, noting that it was “experimental archaeology in action.”

Perhaps worried that the thread might land her in hot water, Parcak then confirmed that the advice was “all entirely hypothetical” and urged protesters to please “not pull down the Washington monument.”

Here’s a rough schematic. I note this is experimental archaeology in action! Just my professional Hot Take and you may need more people, longer rope, etc. everything depends on monument size. pic.twitter.com/lzl55CSPNt

Needless to say, Parcak’s tips sparked major reaction on social media, with many outraged and some suggesting she was “advocating for domestic terrorism.”

“If only someone could post a thread about how to get you fired from work,” another wrote.

Some also noted a certain irony in the archaeologist’s advice, with one saying: “The person whose job is to protect ancient artifacts is providing an online course on how to destroy them.”

Others attempted to alert the FBI, Secret Service and Twitter Safety team by tagging them in the replies to Parcak’s thread.

Not everyone was angered by Parcak’s tweets, however. She was praised as a “gangsta ass egyptologist” by one tweeter, while another thought the thread was “perfection” and “genuinely useful.”

Some were reluctant to go about taking down monuments in such dramatic fashion and instead advised that “the way to pull it down is to go through legal channels and do it the right way,” saying “justice will prevail in the end.”

Parcak’s thread came as protesters in Birmingham, Alabama, attempted to pull down an obelisk in Linn Park, named after city-founder Charles Linn who served in the Confederate Navy. While they did not manage to topple the obelisk (perhaps they haven’t seen Parcak’s thread yet), they did manage to pull down a statue of Linn himself in the same park.