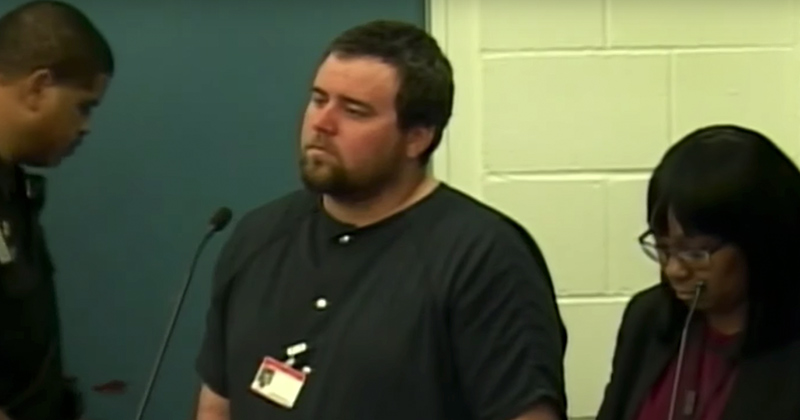 A 28-year-old construction worker in Florida is accused of stabbing his pro-Trump boss to death and draping an American flag over his body following a political argument.

According to co-workers who testified as witnesses, the suspect, Mason Trever Toney, is “anti-government and very outspoken about his beliefs that the government is bad and out to get him.”

However, the co-workers said their deceased boss William Steven Knight, also 28, was a “proud and outspoken American and is pro-Donald Trump.”

Toney and Knight were allegedly friends away from work and Knight even gave Toney a ride to work the day of the incident.

It was on a drive from one job site to another that the pair is said to have gotten into an argument over politics.

Not long after arriving at the worksite, witnesses heard screams and ran near the excavator where they witnessed the stabbing.

They tried to stop Toney by throwing objects at him, but were also threatened with the knife and Toney was able to steal a company truck and escape.

Suggesting the possibility that the assault was premeditated, witnesses say Toney draped a brand new American flag on the body that he carried in a backpack he never usually brought to work.

Knight’s family said Toney was not only an employee of William’s, but a lifelong friend.

“He was a friend of the family. My son went to elementary school with him and to middle school and high school,” William’s father said.

An Orange County judge gave Toney no bond on Tuesday after he was arrested for the murder in Brevard County the day of the attack.