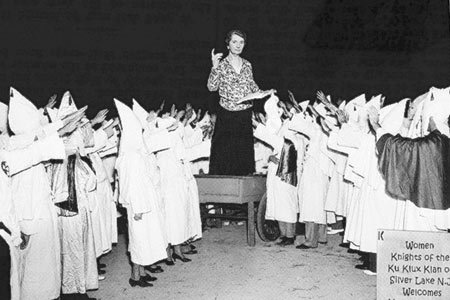 Militant Communists attacked a pro-life protest in Austin, Texas, Thursday that aimed to highlight the historically-admitted targeting of the black community by Planned Parenthood.

“Ultimately your sympathies do not lie with black people, they lie with your racist, white-middle-class agenda and that’s where it will always lie and you will be destroyed holding that line,” one female member said. “I kill my kids!”

In reality, the group’s violent defense of abortion-juggernaut Planned Parenthood, which was founded on record to target minority groups such as blacks, proves Red Guard Austin to be the actual supporters of racism.

Planned Parenthood founder Margaret Sanger, a devout eugenicist and racist, admitted in a 1939 letter to Dr. Clarence Gamble that her goal was to befriend black ministers in order to infiltrate and eradicate the black community under the “Negro Project.”

“We don’t want word to go out that we want to exterminate the Negro population and the minister is the man who can straighten out that idea if it ever occurs to any of their more rebellious members,” Sanger wrote.

Defenders of Planned Parenthood have continually attempted to claim that Sanger’s quote is not as it seems, despite Sanger being associated with racists throughout her career.

“At a March 1925 international birth control gathering in New York City, a speaker warned of the menace posed by the ‘black’ and ‘yellow’ peril,” notes BlackGenocide.org. “The man was not a Nazi or Klansman; he was Dr. S. Adolphus Knopf, a member of Margaret Sanger’s American Birth Control League (ABCL), which along with other groups eventually became known as Planned Parenthood.”

Several other colleagues of Sanger, such as Leon Whitney, a man admired by Adolf Hitler, openly advocated for the “purge” of America’s “slum elements.”

In her autobiography, Sanger also recalled back to a 1926 Klu Klux Klan rally where she espoused her racist ideology to supportive listeners.

“I accepted an invitation to talk to the women’s branch of the Ku Klux Klan … I saw through the door dim figures parading with banners and illuminated crosses … I was escorted to the platform, was introduced, and began to speak … In the end, through simple illustrations I believed I had accomplished my purpose,” Sanger wrote. “A dozen invitations to speak to similar groups were proffered.”

“Birth control must lead ultimately to a cleaner race,” Sanger wrote in the April 1932 edition of the Birth Control Review.

A look at modern day statistics surrounding Planned Parenthood and the black community shows Margaret Sanger’s lifelong goal to be dangerously on track, as major cities including New York report that more black babies are being aborted than born.

“Minority women constitute only about 13% of the female population (age 15-44) in the United States, but they underwent approximately 36% of the abortions,” BlackGenocide.org adds.

While the left asserts that Planned Parenthood’s abortion services are not rooted in Sanger’s ideology, political elites, such as former President Richard Nixon, secretly praised the well known fact that abortion would be used to target blacks following Roe V. Wade.

An undercover reporter who called Planned Parenthood in 2008 was shocked as well after asking a representative if money could be donated specifically to the abortion of black babies.

After saying, “the less black kids out there, the better,” a Planned Parenthood employee responded by laughing and stating “understandable.”

Unfortunately, in the mind of leftists like Red Guards Austin, opposing the genocide of blacks equates to racism.