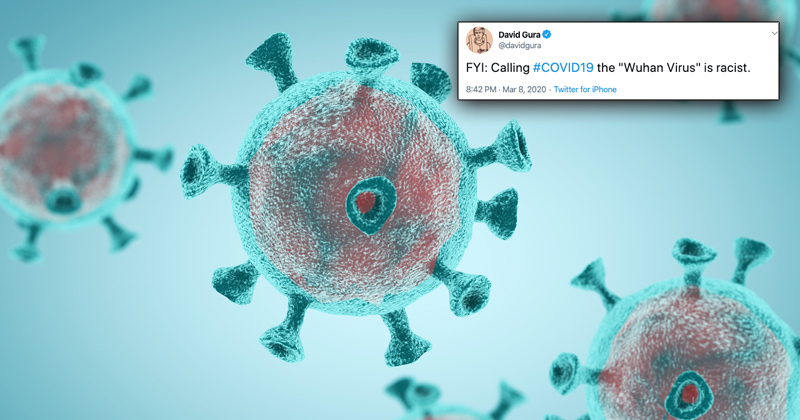 Leftist pundits were slammed on Twitter after claiming that referring to the Coronavirus as the “Wuhan Virus” is racist.

The incident began Sunday night when Rep. Paul Gosar (R-AZ) announced he and staffers would self-quarantine after coming into contact with a coronavirus-infected person at CPAC last week.

1. I am announcing that I, along with 3 of my senior staff, are officially under self-quarantine after sustained contact at CPAC with a person who has since been hospitalized with the Wuhan Virus. My office will be closed for the week.

“I am announcing that I, along with 3 of my senior staff, are officially under self-quarantine after sustained contact at CPAC with a person who has since been hospitalized with the Wuhan Virus,” Gosar wrote on Twitter, prompting Hayes’ to imply his terminology was racist.

Just astoundingly gross to call it the Wuhan Virus. https://t.co/cMrsA59xTH

And in case there was any doubt, NBC News’ David Gura reminded everyone, “FYI: Calling #COVID19 the ‘Wuhan Virus’ is racist.”

The pundits were roundly mocked on Twitter by many who pointed out numerous mainstream media outlets, including CNN, had frequently referred to the COVID-19 virus as the “Wuhan Virus.”

Is it also astoundingly gross when Chinese in Asia call it the Wuhan Virus? pic.twitter.com/oTsTl4ZFpN

Those in the media have been the ones calling it "the Wuhan virus/coronavirus" for weeks, so I guess they were being racist/bigoted this whole time. pic.twitter.com/ibogMw3rK0

Lol. The entire MSM is such a joke. I find it impossible to believe you take yourself serious. Do you make a tweet like this and then giggle to yourself everytime someone actually takes your views serious. It just seems unlikely many people left aren't laughing at you. pic.twitter.com/MBRKTXNmU3

Others highlighted the term “Wuhan Virus” simply referred to the region where the disease originated.

Lots of illnesses are named for their point of origin:

So spare us your virtue signaling B.S.

Is it, though? Ebola was named for a river in the Congo. Zika, for a forest in Uganda. Lyme disease for Lyme, Connecticut. https://t.co/yTlURWxr3l

What is wrong with liberals?

Wuhan is where the virus began. There is absolutely nothing “racist” about calling it the Wuhan Virus…

You have to serious mental gymnastics to side with the virus over a quarantined US Congressman.

It's astounding that MSNBC calls itself a news network.

Spiro Skouras, @o_rips, joins The Alex Jones Show to break down the use of martial law in China after the coronavirus outbreak.