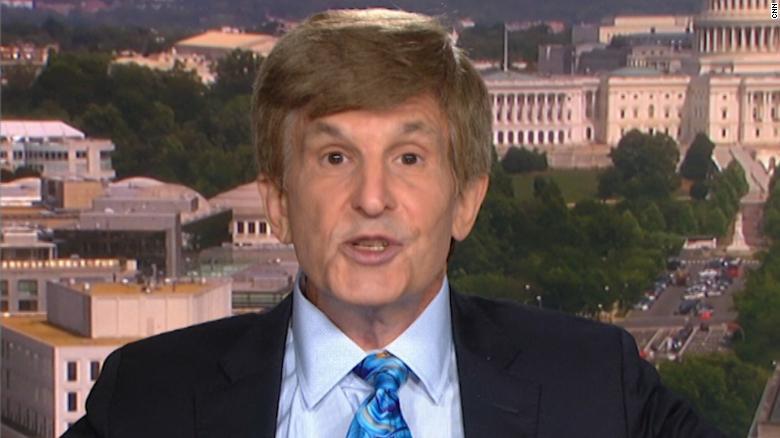 A professor at American University who has correctly predicted the last nine presidential elections says that Trump will win in 2020 unless Congressional Democrats “grow a spine.”

While speaking with CNN, political historian Allan Lichtman said that Democrats have no chance of winning the next election unless they begin impeachment proceedings against the president – which he said would be both “constitutionally” and “politically” warranted following special counsel Robert Mueller’s Russia probe.

Lichtman has developed a system of 13 “key factors” that help determine whether the party in the White House will maintain its hold, according to CNN. The factors range from whether the party has an incumbent president running to the country’s short- and long-term economic conditions to foreign policy successes and failures. If the party loses out on six factors or more, he says they will lose the presidency.

Lichtman says the Trump administration is down three key factors: Republican losses in the midterms elections, a “lack of foreign policy success” and Trump’s “limited appeal to voters,” CNN reported. Impeachment would trigger a fourth key — scandal over the proceeding’s public nature. –The Hill

Attorney Robert Barnes is called “the most successful American political better” according to the UK times. Robert joins Alex in-studio to give his professional analysis on what variables between now and the election that allow him to make such a bold prediction.

“Let’s not forget, impeachment is not just a vote in the House,” said Lichtman. “It involves public hearings as part of the impeachment inquiry, and, what everyone forgets, a public trial in the Senate in which House prosecutors present evidence, present documents, make opening and closing statements.”

He tells @BrookeBCNN that Trump will win again in 2020 "unless the Democrats grow a spine and do their Constitutional duty, and move into an impeachment inquiry."https://t.co/hOa1Jlgsdo pic.twitter.com/zv4XAk0ayc

On Tuesday, Lichtman told CNN’s Chris Cillizza “Democrats are fundamentally wrong about the politics of impeachment and their prospects for victory in 2020,” referring to House Speaker Nancy Pelosi’s contention that even if the House impeaches Trump, the Senate would ‘vindicate’ him by refusing to do the same.