Hurricane Irma strengthened to a category 5 storm in the Atlantic Ocean Tuesday creating winds as high as 185 miles per hour.

With the storm expected to make landfall Sunday, Floridians are preparing for the worst in the wake of Hurricane Harvey’s deadly aftermath. 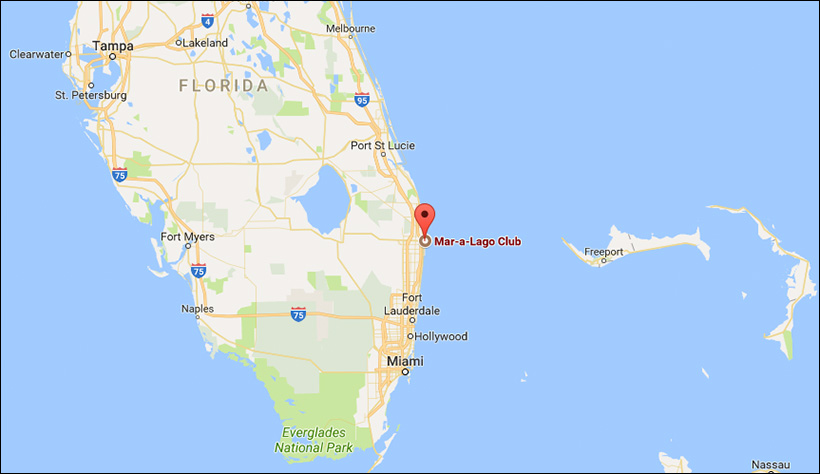 But many on Twitter are hoping the “potentially catastrophic” storm takes aim at the president’s luxury golf course and spares the rest of the state.

Please tell me hurricane Irma is aimed at Mar-A-Lago…

The strongest Hurricane ever recorded is headed towards Fl. May everyone stay safe & for the record I hope Mar-a-Lago is brought 2the ground

A Cat 5 hurricane is hitting Florida later this week. I'm trying to decide which God to pray to for it to level Mar-a-Lago.

In case anyone needs a handy reference, I've marked Mar-a-Lago on an NOAA map of hurricane Irma's progress pic.twitter.com/vkMi2Rhm7A

Hurricane Irma has been upgraded to a Category 4 and according to current models, is headed for a direct hit on Mar-a-Lago. #karma

I pray Hurricane Irma causes no damage to @realDonaldTrump 's Mar-a-Lago, but instead leaves it to Hurricane Jose to blow it to smithereens.

Hurricane Irma. Whatever you do, do NOT destroy Mar-a-Lago.

I have a dream that Hurricane Irma will render Mar A Lago a twisted wreckage floating out to sea. Am I a bad person? #maga

Please tell me hurricane Irma is aimed at Mar-A-Lago…

.THIS would be the PERFECT weekend for yr pos/potus to go to Maralago!!!!! https://t.co/2BOQCkHzZD