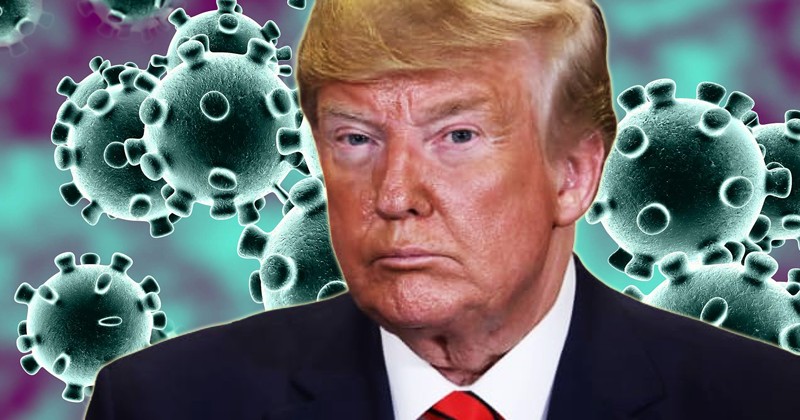 Leftists fear that President Trump may exploit the coronavirus outbreak as an excuse to postpone the election and remain in power.

With over 233 cases and 14 deaths now being reported inside the U.S., some are concerned that the panic surrounding the outbreak will be hijacked to allow Trump to stay in the Oval Office beyond January 2021.

Numerous users took to Twitter to assert that Trump is deliberately botching the response to take political advantage of any potential pandemic.

Okay, Ms. Conspiracy over here…Am I the only one who fears due to Trump's ignorance and not doing the right thing about this virus…
That he will us this sickness as an excuse to postpone the election?

Calling it now: if it looks like Trump will lose in November he'll call a state of emergency over #coronavirus and "postpone" the election.

Here’s a crazy take: If the corona virus becomes a full-fledged national disaster, Trump will quit rather have to deal with it and be held accountable. However, the more likely outcome is that he’ll declare martial law and “postpone” the election.

Anyone else think tRump is mishandling the Corona Virus in hopes of an epidemic that will give him cover to "postpone" or even cancel the 2020 election? I do believe he is that evil and devious to try and pull it off…..of course no Republican is going to step in to stop him!!!

And Trump may be thinking that if he stalls on the testing and more people get ill, he can postpone the Election for President saying it is too dangerous. I really think he is that evil putting American’s at risk.

What if *trump says, in Oct., that America is in an epidemic and says
"We're going to postpone the election"
(for like 4yrs) Do you think America would say NO, and take to the streets, whether peacefully or violently?

I also think trump has anterior motives, if people are sick they can't vote, he may try to postpone election, I know that sounds crazy but look what he's been doing these last 3yrs.

He’s already proven that he doesn’t care about anyone but himself.

How many people think Trump would postpone the 2020 election over a Coronavirus outbreak?

Also batshit crazy prediction: coronavirus becomes endemic in the US and Trump uses it as an excuse to declare a state of emergency or whatever and postpone the election, or loses the election but refuses to leave office for the same reason.

I think Trump will use the #coronavirus (he’s not doing anything to control) as an excuse to postpone the election.

(puts on tinfoil hat) At what point do we speculate Trump will embrace the idea of CV pandemic panic since it could depress vote in Nov or even give him the chance to try and postpone Election Day?

Yes, it is intentional. It gives trump a reason to cancel or postpone the election, or declare martial law. It also may think out the population in big cities, which vote blue.

If the outbreak gets bad enough, they can use it as an excuse to "postpone"/wins the election in November if it looks like Trump is going to lose.

Some of us are starting to think Trump can't postpone an election without declaring a state of emergency and here it is. We're in crazy town now so yeah…

🤔 Coronavirus protocol is now to avoid gatherings of over 10 people 🤔

Coronavirus will be used to shut down voting in Nov, as Trump says for the good of the nation we have to postpone Election Day.

Still wash your hands tho.

My assumption is once the extent and severity of the Coronavirus outbreak becomes undeniable, Trump is going to pivot to trying to cancel/postpone the 2020 election.

If Trump isn't ahead by like 100 electoral votes in the polls come October you can guarantee he'll use the coronavirus to postpone the election.

The notion that Trump would use coronavirus as an excuse to delay the election is pretty far fetched given that he has repeatedly tried to downplay the issue.

Trump is also in a good position to win re-election, so unless his poll numbers tank, it wouldn’t make much sense to postpone the vote

Author and social critic James Howard Kunstler points out that a deadlier second wave of coronavirus could return in November, mandating a postponement.

“There’s a possibility that Corona Virus might interfere with the election itself. Viral contagions are known to work in waves,” writes Kunstler.

“If this is the first wave now, then a second wave would arrive just about in time for election day, November 3. Second wave viral diseases can be more virulent than the first wave, which was the case with the so-called Spanish flu of 1918. And what if a substantial portion of voters don’t dare venture into public places full of their possibly infectious fellow citizens? Would Mr. Trump be forced to postpone the election, fulfilling his enemies’ fantasy that he seeks to become the American Caesar?”

Whether Trump downplays or overplays the threat posed by coronavirus, it seems he’ll be blamed either way.