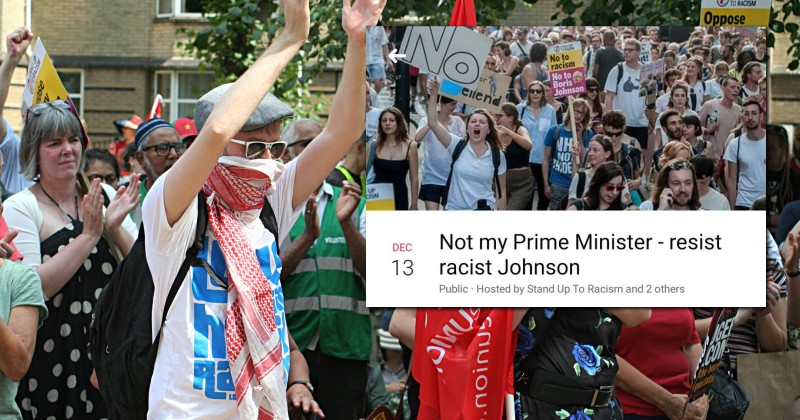 Leftist Labour supporters immediately announced plans to protest the result of a democratic election once again after the Conservatives swept to a crushing victory in last night’s UK election.

Boris Johnson’s Tories crushed Labour, led by Jeremy Corbyn, in a decisive repudiation of hard left policies and a re-assertion of the 2016 Brexit vote.

Many Labour supporters reacted with the usual flood of outright hysteria and emotional meltdowns, but some vowed to protest the result.

An event hosted by Stand Up to Racism will see protesters gather at Downing Street today at 5pm for a “not my Prime Minister” rally.

The same group will also hold a demonstration in Glasgow, Scotland against Johnson, who they claim is “not fit to represent a multicultural society.”

In other words, just like every other time in recent years, instead of taking their defeat gracefully and using it to facilitate a moment of reflection, the left are just going to continue their prolonged hissy fit.

The fact that they’re literally protesting against the outcome of a democratic election once again underscores how the left has been taken over by an ugly, authoritarian mob.

Meanwhile, many analysts are pointing out that last night’s result is yet another indication that the populist wave which swept Europe in 2016 is not stopping any time soon.

Now it will be down to people like Nigel Farage and the Brexit Party to ensure the Conservatives follow through on their mandate and get Brexit done.

I think it’s safe to say that the conservative-nationalist phenomenon is no fluke or “black-swan” event.