Several left-wing media outlets are claiming hashtag #WalkAway is a Kremlin attack on Democrats leading up to the 2018 midterm elections. 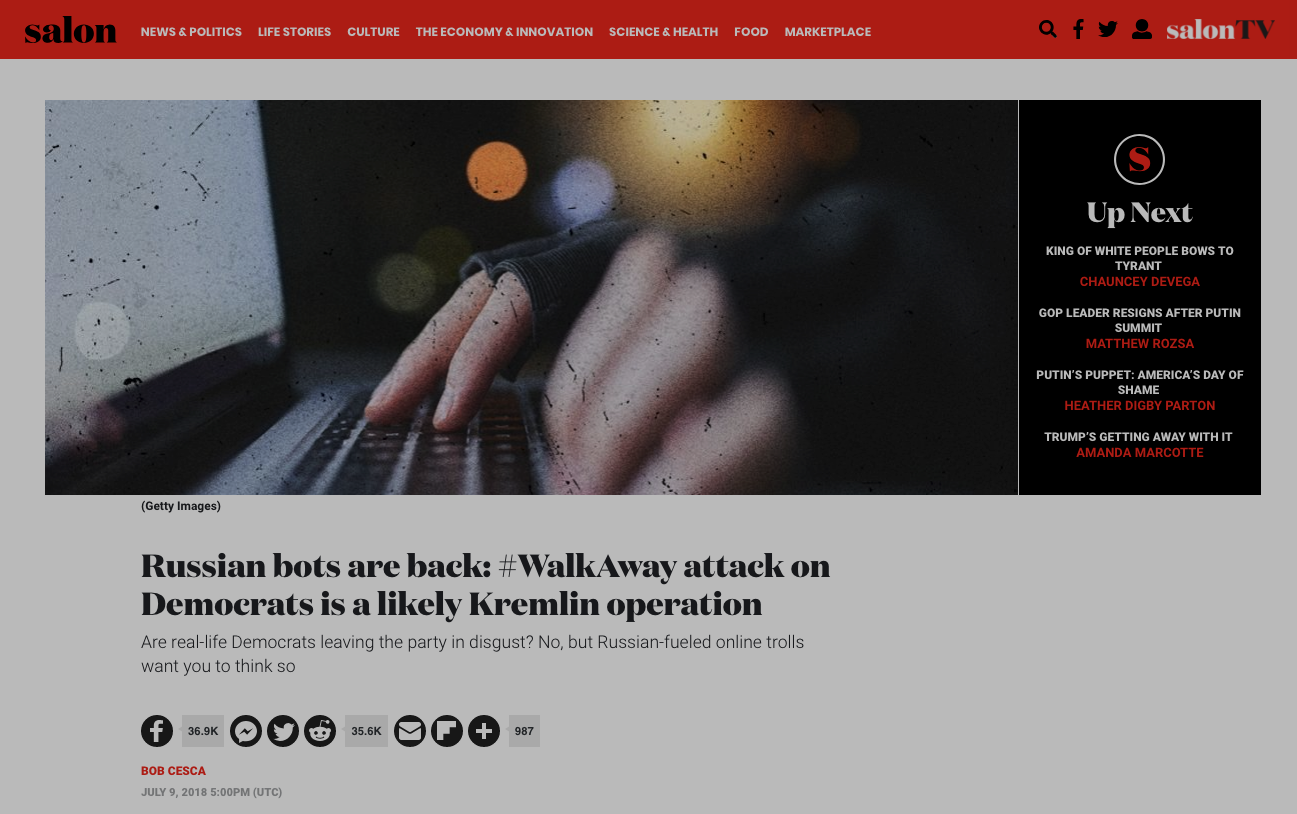 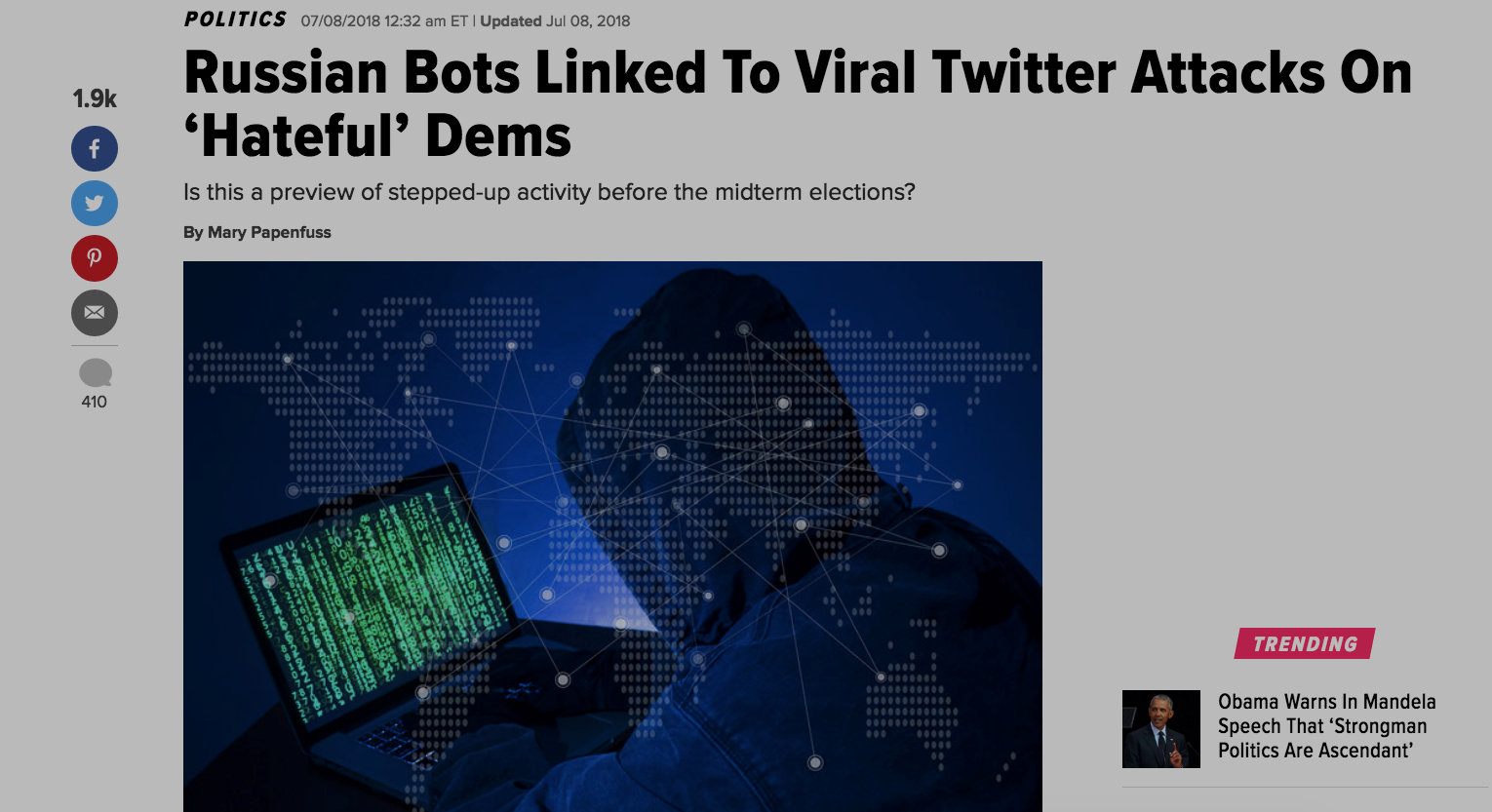 The website being sourced, Hamilton 68, is run by the Soros-linked Alliance for Securing Democracy, which keeps tabs on Russian activity on the American internet.

However, Hamilton 68 clearly states on its homepage that not all content being tracked comes from Russian government operatives.

Content is not necessarily produced or created by Russian government operatives, although that is sometimes the case. Instead, the network often opportunistically amplifies content created by third parties not directly linked to Russia.

This declaration didn’t stop outlets like CNN from saying, “#WalkAway has also now been connected to Kremlin-linked Russian bots,” as if it were a fact.

#WalkAway is a grassroots movement of former Democrats explaining their reasons for leaving the party in the age of Trump.

The mainstream media’s attempt to associate the campaign with Russia is meant to discredit the large amount of liberals leaving the Democrat party plantation.

In reality, the hashtag is being used by people like New York hairdresser and aspiring actor Brandon Straka who started the trend by posting the Facebook video below where he announces his departure from liberalism.

Watch Straka discuss his awakening on The Alex Jones Show and find out details on his upcoming nationwide unity march against partisan hatred.