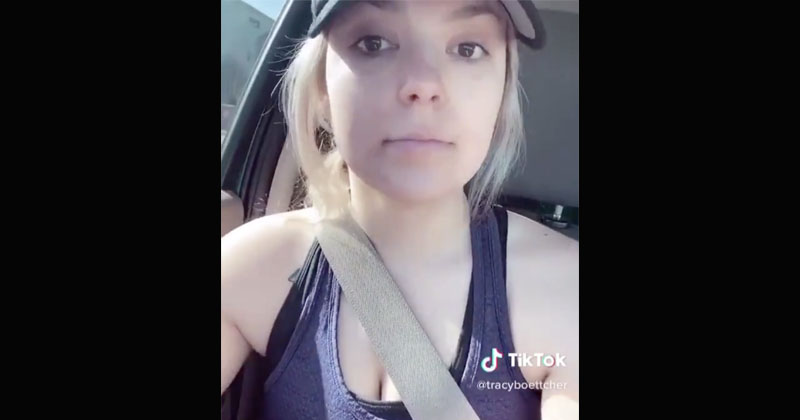 A Texas woman has asked the internet for help after her liberal parents refused to participate in her wedding because her fiancé is a conservative.

In a heartbreaking clip posted on Tik Tok, a Texas woman named Tracy Boettcher explained that her parents won’t take part in her upcoming wedding over her husband-to-be’s conservative views, and is seeking for somebody to walk to her down the aisle.

“My parents hate my fiancé because he’s a conservative,” Boettcher says. “And they’re liberal, and they refuse to go to our wedding and they gave me an ultimatum of choosing between him or them.”

RT if you think it should be a Trump doing the honors!! pic.twitter.com/UJgFApoBka

“So I chose myself in that I chose what would make me happiest in the long-run, and my mother told me I wasn’t capable of being loved or being in a relationship because I was assaulted when I was 17.”

“So I chose my fiancé. And I’ll be walking myself down the aisle in December, so if anyone has a dad that would like to walk me down the aisle, let me know,” she added.

The internet came to her aid, with many volunteering to help and others suggesting high-profile conservative figures like President Trump and Rep. Dan Crenshaw (R-Texas) should have the honor.

@realDonaldTrump Mr. President would you please do the honour ?

.@DanCrenshawTX – personally I think you'd be a great candidate to help this young lady out.

If @realDonaldTrump is busy, I am a dad with aisle-walking experience. Hell, I'll even suit up with my Navy medals to make it all fancy.

Don't care about your politics; every bride should have her day.

I’m not a Trump but I would be glad to fly to Texas and walk her down the aisle. I’m old enough to have a daughter old enough to marry (though I have no children) and a black conservative – from California – that would REALLY blow their minds!!!

Mark Passio joins The Alex Jones Show to break down the programming of the public to serve an authoritarian takeover of society.