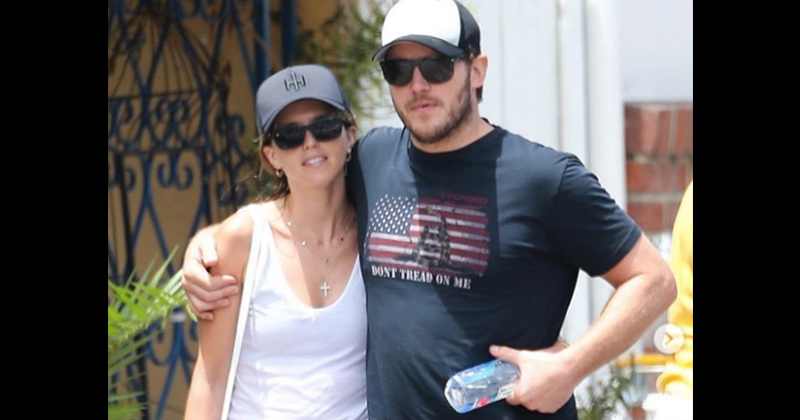 In the latest example of the left’s hatred for all things representing America, liberals are pissed that Hollywood superstar Chris Pratt wore a “Don’t Tread on Me” t-shirt showing an American flag and the famous coiled snake.

The Gadsden Flag, created by Christopher Gadsden, a brigadier general in the Continental Army, became popular among US colonists during the revolutionary war as a message to the oppressive British regime.

A staff writer for New York Magazine’s Vulture, tweeted a photo of Pratt alongside a zoomed-in image of his t-shirt and her followers responded with anger.

In the tweets below, people are shocked and mad that the actor would dare sport a patriotic t-shirt referring to the battle cry of the movement that paved the way for their very existences.

How long until Chris Pratt stars in one of those Christian movies where he stops his high school girlfriend from going through with her gay wedding? https://t.co/PzX6R110g5

MAGA Chris has always been the worst Chris.

Never liked him but when I heard he voted for Trump, it sealed it. He is the worst Chris.

Agh, I was really hoping this guy wasn’t as bad as he seems to be. Funny people shouldn’t be on the haters side

Every 3 months y'all find out Chris Pratt a hardcore republican https://t.co/w5YTZfFrgR

@JohnnyRot_10 This fella is cancelled. Do you hear me?

One too many white guys on this ship. pic.twitter.com/fu1wmlQ8Oq

This is so disappointing.

Petition to change his name to something not Chris, like Fuckstick or Bob.

Disappointed but not surprised pic.twitter.com/DwXcNWTXJ7