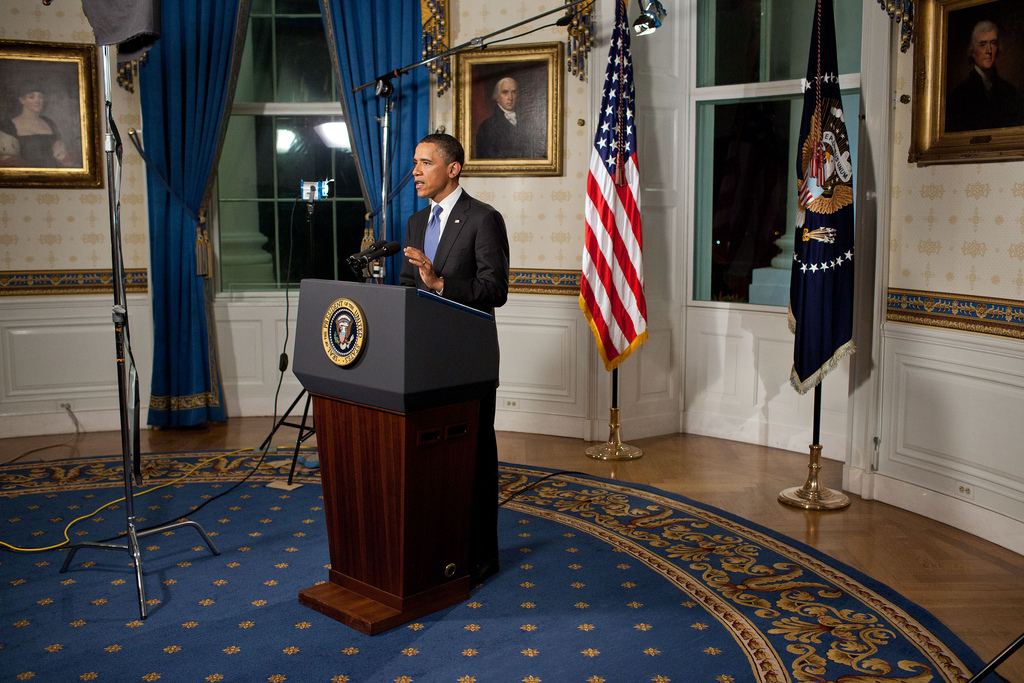 It’s probably not the kind of recognition he wanted to receive, but President Barack Obama has been awarded PolitiFact’s “Lie of the Year” for 2013.

The infamous prize, handed out annually by the fact-checking website PolitiFact, was given to Obama because of his statements claiming that Americans would be able to keep their health insurance under the Affordable Care Act if they liked their plan.

“If you like your health care plan, you can keep it,” Obama said on numerous occasions over the years. Soon after cancellation notices began arriving in American mailboxes this fall – more than four million people have seen their coverage cancelled at this point, largely due to the fact that their coverage did not reach the ACA’s minimum requirements – Obama denied that such a promise was made, saying he actually meant that plans could be kept only if they hadn’t changed since the health care law was passed.

Obama’s explanation didn’t pass muster, however, especially since he’d been captured on video promising that health care plans would stay in place at least two dozen times. Facing public backlash, Obama apologized and unveiled a one-year plan to allow insurers keep selling existing plans that are about to be cancelled.

Since his promise was deemed false, the president’s approval ratings have declined sharply. Larry Sabato of the Center for Politics at the University of Virginia told PolitiFact that Obama’s credibility can be restored over time with effective implementation of the law, but that he faces a significant challenge.

“A whole series of presidents developed credibility gaps, because people didn’t trust what they were saying anymore,” he said. “Once you lose the trust of a substantial part of the American public, how do you get it back?”

Once again, the ACA dominated PolitiFact’s fact-checking efforts. This is the fourth time in the past five years that a quote related to the law has won Lie of the Year, and the website’s Reader’s Poll results were no exception. Fifty-nine percent agreed that Obama’s statement took the top prize, but the next three runner-ups were from the law’s opponents.

In second place was Senator Ted Cruz (R-Texas) for his statement that Congress was exempt from the ACA. Congresswoman Michele Bachmann (R-Minn.) came in third place for her allegation that the IRS would keep “a national database” of Americans’ health care secrets, and conservative commentator Ann Coulter took fourth for asserting that no U.S.-trained doctor would accept Obamacare.

Overall, seven out of the 10 lies selected by PolitiFact’s readers were related to the ACA.