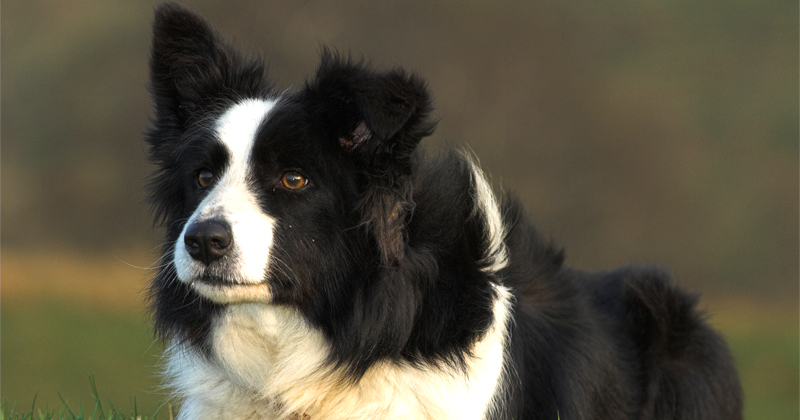 Many animals, including dogs, cats and various species of monkeys, will move their ears to better focus their attention on a novel sound.

That humans also have this capability was not known until now.

A research team based in Saarland has demonstrated for the first time that we make minute, unconscious movements of our ears that are directed towards the sound want to focus our attention on.

The team discovered this ability by measuring electrical signals in the muscles of the vestigial motor system in the human ear. The results have now been published in the journal eLife.

Asking children to ‘perk up their ears’ means asking them to listen intently. Nobody seriously thinks that kids literally move their ears the way that cats, dogs or horses do. But the fact is, they do, as researchers at the Systems Neuroscience & Neurotechnology Unit (SNNU) have now shown. The research team, led by Professor Danial Strauss, has shown that the muscles around the ear become active as soon as novel, unusual or goal-relevant sounds are perceived. ‘The electrical activity of the ear muscles indicates the direction in which the subject is focusing their auditory attention,’ says neuroscientist and computer scientist Strauss. ‘It is very likely that humans still possess a rudimentary orientation system that tries to control the movement of the pinna (the visible outer part of the ear).

Despite becoming vestigial about 25 million years ago, this system still exists as a “neural fossil” within our brains,’ explains Professor Strauss. The question why pinna orienting was lost during the evolution of the primate lineage has still not been completely resolved.

The researchers were able to record the signals that control the minute, generally invisible, movements of the pinna using a technique known as surface electromyography (EMG).

Sensors attached to the subject’s skin detected the electrical activity of the muscles responsible for moving the pinna or altering its shape. Two types of attention were examined.

To assess the reflexive attention that occurs automatically when we hear unexpected sounds, the participants in the study were exposed to novel sounds coming at random intervals from different lateral positions while they silently read a monotonous text.

To test the goal-directed attention that we show when actively listening, the participants were asked to listen to a short story coming from one laterally positioned speaker, while ignoring a ‘competing’ story from a speaker located on the opposite side.

Both experiments showed that muscle movements in the vestigial pinna-orienting system indicate the direction of the subject’s auditory attention.

To better characterize these minute movements of the ear, the team also made special high-definition video recordings of the subjects during the experiments.

The subtle movements of the ears were made visible by applying computer-based motion magnification techniques. Depending on the type of aural stimulus used, the researchers were able to observe different upward movements of the ear as well as differences in the strength of the rearward motion of the pinna’s upper-lateral edge.

‘Our results show that electromyography of the ear muscles offers a simple means of measuring auditory attention. The technique is not restricted to fundamental research, it also has potential for a number of interesting applications,” explains Professor Strauss. One area of great practical relevance would be in developing better hearing aids. ‘These devices would be able to amplify the sounds that the wearer is trying to hear, while suppressing the noises that they are trying to ignore.

The device would function in a way that reflects the user’s auditory intention.’ The hearing aid would almost instantaneously register and interpret the electrical activity in the ear muscles.

A miniature processor would gauge the direction the user is trying to direct their attention towards and then adjust the gain on the device’s directional microphones accordingly.

The research project was conducted by researchers at the Systems Neuroscience & Neurotechnology Unit (SNNU), which is affiliated to both the Medical Faculty at Saarland University and to the School of Engineering at the University of Applied Sciences in Saarland (htw saar).

External project partners were Dr. Ronny Hannemann from the hearing aid manufacturer Sivantos GmbH and Steven A. Hackley, Professor of Psychology at the University of Missouri-Columbia, who in 2015 first postulated the existence of a vestigial pinna-orienting system in humans.