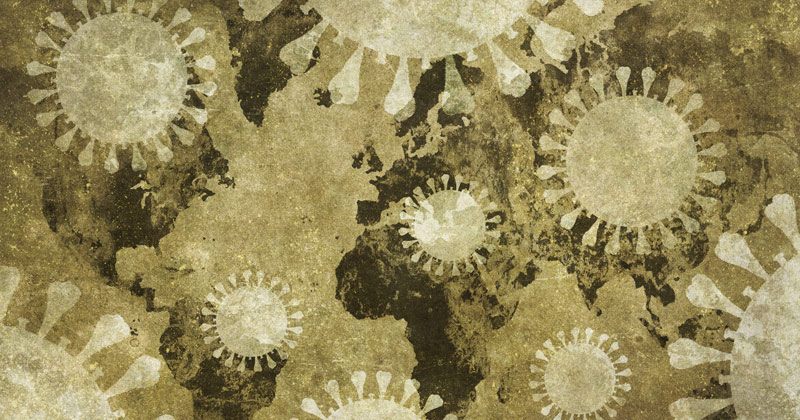 A scientific study which found COVID-19 may have been a “cell-culture” uniquely adapted for transmission to humans (more so than any other animal – including bats), is gaining steam.

The paper, currently under peer review, comes from Flinders University Professor Nikolai Petrovsky, who has spent over two decades developing vaccines against influenza, Ebola, and animal Sars. He says his findings allow for the possibility that COVID-19 leaked from a laboratory, according to Sky News.

Professor Petrovsky, who is the Chairman and Research Director of Vaxine Pty Ltd, said COVID-19 has genetic elements similar to bat coronaviruses as well as other coronaviruses.

The way coronavirus enters human cells is by binding to a protein on the surface of lung-cells called ACE2. The study showed the virus bound more tightly to human-ACE2 than to any of the other animals they tested.

“It was like it was designed to infect humans,” he said.

“One of the possibilities is that an animal host was infected by two coronaviruses at the same time and COVID-19 is the progeny of that interaction between the two viruses. –Sky News

“The same process can happen in a petri-dish,” added Petrovsky. “If you have cells in culture and you have human cells in that culture which the viruses are infecting, then if there are two viruses in that dish, they can swap genetic information and you can accidentally or deliberately create a whole third new virus out of that system.”

“In other words COVID-19 could have been created from that recombination event in an animal host or it could have occurred in a cell-culture experiment.”

In January, Petrovsky began modeling the virus to try and create a vaccine candidate. According to the report, he then began to explore “what animal species might have been involved in the transmission to humans” in order to better understand the origins of the virus, when he discovered how well it infects humans over other species.

“We found that the COVID-19 virus was particularly well-adapted to bind to human cells and that was far superior to its ability to bind to the cells of any other animal species which is quite unusual because typically when a virus is well-adapted to an animal and then it by chance crosses to a human, typically, you would expect it to have lower-binding to human cells than to the original host animal. We found the opposite so that was a big surprise,” he said.

When asked why mainstream scientists are still clinging to the theory that the virus originated in a Wuhan wet market, he said that scientists “try not to be political” but that that scientists who support the lab escape theory risk negatively impacting their industry with tighter laboratory controls.

“For instance, if it was to turn out that this virus may have come about because of an accidental lab release that would have implications for how we do viral research in laboratories all around the world which could make doing research much harder,” he said, adding “So I think the inclination of virus researchers would be to presume that it came from an animal until proven otherwise because that would have less ramifications for how we are able to do research in the future. The alternative obviously has quite major implications for science and science on viruses, not just obviously political ramifications which we’re all well aware of.”

Petrovsky has called for immediate investigation now, and not when the pandemic is over – calling any delay in fact finding a “mistake.”

“I’m certainly very much in favour of a scientific investigation. It’s only objective should be to get to the bottom of how did this pandemic happen and how do we prevent a future pandemic…. not to have a witch-hunt.”