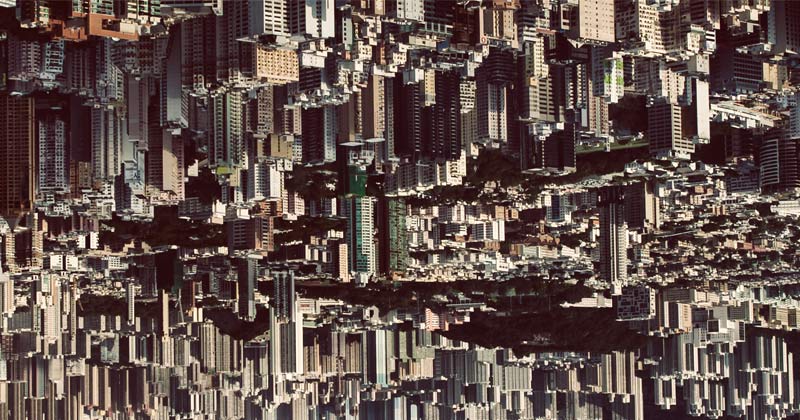 In the classic video game Sim City, players acting as the mayor of a simulated city begin by allocating space by industrial, residential, and commercial zones.

There is no option in the game to have overlapping districts, where a department store might sit next to a middle-class home. The very idea would seem absurd to modern minds, which typically accept city zoning as an intuitive and unquestionable element of city governance. But prior to the twentieth century, zoning did not exist in the United States.

Zoning laws grew out of a European city-planning movement pioneered by municipal socialists, such as the British Fabian Society members who advocated socialism by municipal governments. Various ideas for the aesthetic planning of cities were implemented in different countries, but zoning was a German innovation. Building regulations were not unknown in the late nineteenth century, but in 1891, Frankfurt became the first city to divide its territory into different districts with distinct regulations. Berlin passed a similar ordinance the following year. Like other city planning policies, one of the original aims of zoning was to limit land speculation — this being the height of popularity for Henry George’s single-tax plan, even in Europe.

Once the idea was conceived, though, the broad potential of zoning laws for city planners was easy to see. By passing strategic regulations for specified zones, planners could decide — as in Sim City — what parts of the city would be industrial, what parts would be commercial, and where people would live. Aesthetic considerations were quickly adopted by regulators, but at its core, zoning was a scheme to allow city planners to escape the tyranny of market prices. As historian Daniel Rodgers puts it, “At its most ambitious, zoning was a device to map out in advance of the price system the shape of the city’s development.”1

With the benefit of Austrian price theory, it is easy to foresee the consequences of evading the price system in city development. The choice of location—for businesses and residencies—has to consider a complex array of variables, each of which interact with the rest of the economy. City planners attempted to consider economic factors when outlining zones, such as the proximity of industrial zones to railroad lines and commercial harbors, but as Mises would demonstrate in 1920, only individual entrepreneurs — using market prices — could determine the most economical allocation of resources. Industrial operations that required larger tracts of land, for instance, may find it more cost-effective to absorb higher transportation costs in favor of cheaper land outside of the allocated zones. Zoning can raise the costs of living and doing business, but it can never lower it.

When zoning was introduced to the United States, though, aesthetic and economic concerns were not the only policy motivators. Los Angeles established the first zoning law in 1908 in order to prevent “nuisances” from “invading” residential areas. While this included provisions to prevent unsightly factories from being constructed near private homes, the racial element of the law was no secret. Chinese immigrants, who typically lived in their place of business, were forced to close their shops in the newly defined residential areas and move to industrial zones. California courts maintained that the city was not obligated to compensate businesses owners for the costs of uprooting their lives.

In 1916, New York City passed the first comprehensive, German-style zoning law. Unlike Los Angeles, the New York plan divided the entire city into zones (Los Angeles’s 1908 law left portions of the city unzoned). The act was lobbied for by high-class merchants who were growing concerned with the growth of immigrant workers crowding Fifth Avenue around their stores, offending the sensibilities of their well-to-do customers. This was the product of textile manufacturers seeking cheaper access to the retailers they sold to, which in the pre-automobile days also meant the construction of working-class apartments. The merchant’s association concocted a solution in establishing zones to regulate the height of buildings—their shops did not need to be as tall as tenement apartment buildings. The law was designed as a concerted effort at segregating undesirable classes, and it also meant textile manufacturers had to absorb the cost of relocating to areas where they would have access to workers.

After Los Angeles and New York led the way, more cities began adopting zoning laws. The growth in zoning regulations grew steadily through the first half of the twentieth century, and around 1970, zoning regulations exploded as city planners sought to control increasingly minute details of city development. It is difficult to estimate the residual costs of zoning regulations, especially regarding the commercial consequences, but the correlation between zoning regulations and housing costs is well-established.

California and New York not only introduced zoning laws to the United States, they remain home to some of the most zone-regulated districts in the country. In a recent study of the twenty-five least affordable housing markets , California counties claim seventeen spots on the list, with New York occupying five (Hawaii takes the last two). By contrast, Houston is famous for its lack of zoning laws (though they do have building regulations), and it is consistently one the most affordable housing markets for large cities.

One of the original selling points of zoning regulations that survives today was that zoning protect and enhances property values. This is certainly true, but the very argument is a roundabout way of admitting that zoning laws make it more difficult for people to become home owners. Rising property values are nice for those who own property, but they raise the barriers to home ownership and business startups for everybody else.